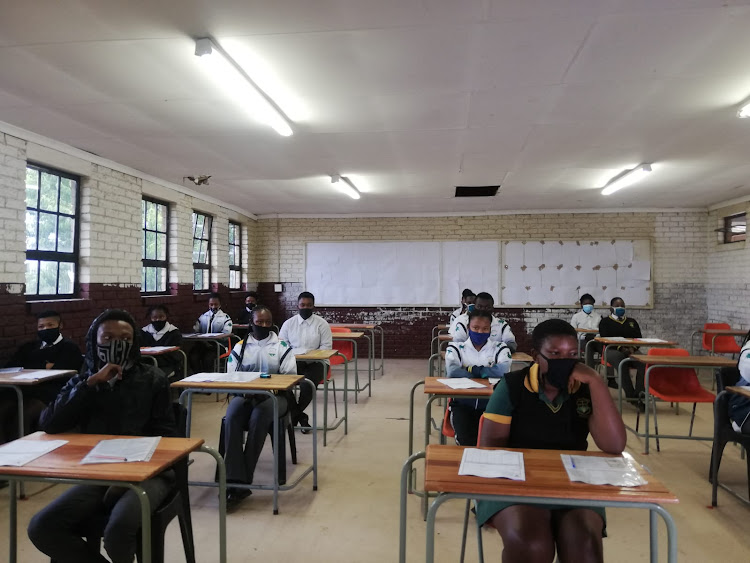 The start of the 2020 matric examination on Thursday is a celebration after a year fraught with disruptions to the academic year, as well as a tribute to the scores of teachers who succumbed to Covid-19 related deaths.

This is according to basic education minister Angie Motshekga and Gauteng education MEC Panyaza Lesufi, who monitored the start of the exams at Sekano-Ntoane High School in Soweto.

This as a record total of 1,058,699 candidates are expected to sit for their examinations from November 5 to December 15 across the country.

“We have no doubt that the system is ready ... The sector went beyond their means to make this day possible,” said Motshekga.

She expressed the sentiments after interacting with pupils, who said they were well prepared to start their exams.

Basic education minister Angie Motshekga is set to monitor the start of grade 12 final examinations on Thursday, starting with a visit to Soweto.
News
1 year ago

She revealed that the department faced at least seven legal battles to halt the academic year amid the Covid-19 pandemic and could not believe the day had arrived.

Lesufi said part of the reason some groups publicly opposed the reopening of the schools was due to the fatality rate among educators.

In Gauteng alone, 32 teachers succumbed to the virus, Lesufi said, adding that the start of the examinations was a tribute to them too.

“This examination is for them. They paid the ultimate price. We just want to say thank you that this moment has arrived,” he said.

Commenting on the court cases the department faced, Lesufi said groups that had been opposed to the reopening of schools had remained mum on the start of the exams.

“It's just unfortunate that those who were making noise that the academic year must be scrapped are quiet now,” he said.

“I am thrilled. To be honest, we never thought this day would arrive.” 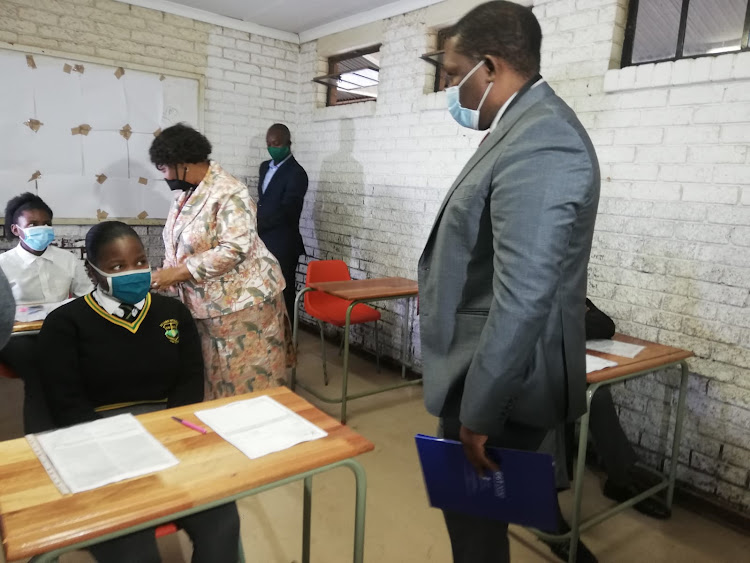 Lesufi said the province had experienced a number of disruptions, especially in Daveyton, which had forced the department to deploy security guards. Details on this were not immediately available.

Motshekga thanked teachers and assistants, who she said went beyond the call of duty to prepare pupils for the exams, even teaching at weekends.

Asked if she was concerned about this year's results, Motshekga said she had no concerns.

“For us to be here, under these conditions, that's all that I can ask for. For us to be able to write after we lost [the] two most productive terms and still be ready, that's enough,” she said.

“If we get what we got last year, for me that would an honour — or much more than I expected. We accept that it was a very difficult year.”

The basic education department has made a U-turn on its decision not to allow matric pupils who tested positive for Covid-19 to write their final ...
News
1 year ago

No pens down parties: Plea as Covid-19 cases rise in Mandela Bay

The department of basic education is on track with its preparations for the largest ever matric exams, which start next Thursday.
News
1 year ago