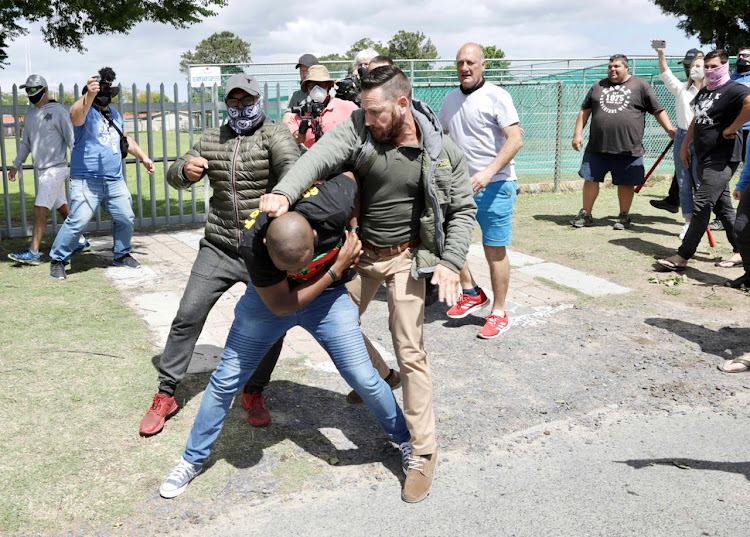 A fight breaks out between the Brackenfell community and EFF members outside Brackenfell High School in the Western Cape.
Image: Esa Alexander

EFF members clashed with teachers and members of the community during a protest outside Brackenfell High School in Cape Town on Monday after accusing the school of racism.

The party labelled those it clashed with as “cowards who were hiding their faces” and “decaying apartheid-era old white men”.

The party has condemned the attacks, saying they were “conducted by armed white racists against EFF members who were protesting peacefully”.

“In what was a display of pure white arrogance, armed right-wingers attacked EFF members, undermining their constitutional right to protest and assaulting them physically, gunshots were fired, police officers were manhandled ... ,” the EFF said.

According to the statement, this was all done in defence of racism over an unofficial “matric ball” attended by some pupils.

Sunday Times Daily reported last week that an unofficial matric ball organised by parents at the school had stirred up racial tensions after it emerged  it had been attended exclusively by white pupils.

Western Cape education department spokesperson Bronagh Hammond told Sunday Times Daily that the event was private and the school “had nothing to do with the organisation or management of that event. Two educators were invited as guests.” 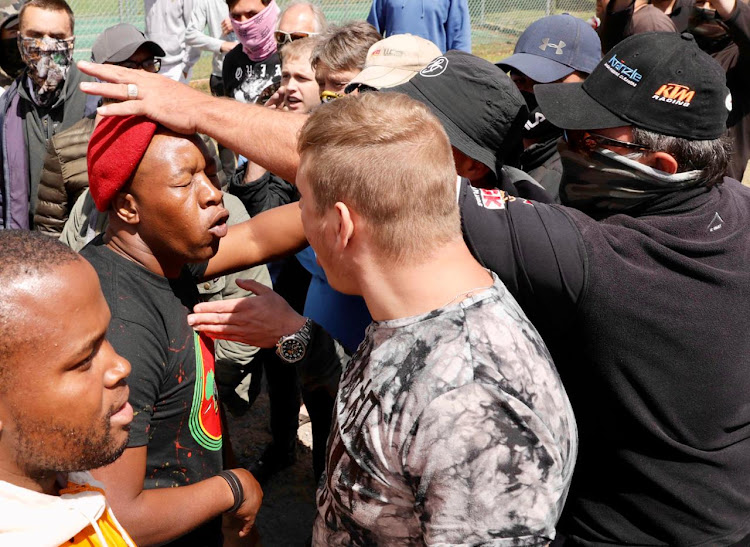 Parents of learners and residents in the area clash at Brackenfell High with EFF members as the controversy over alleged racism at the institution intensifies.
Image: Esa Alexander 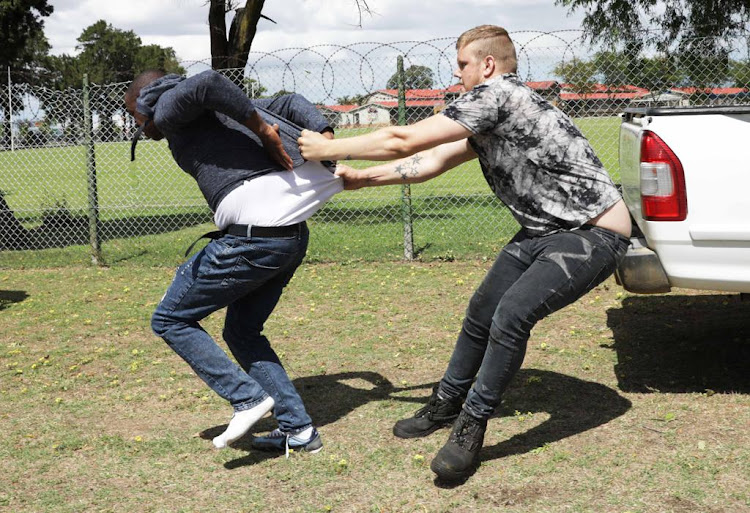 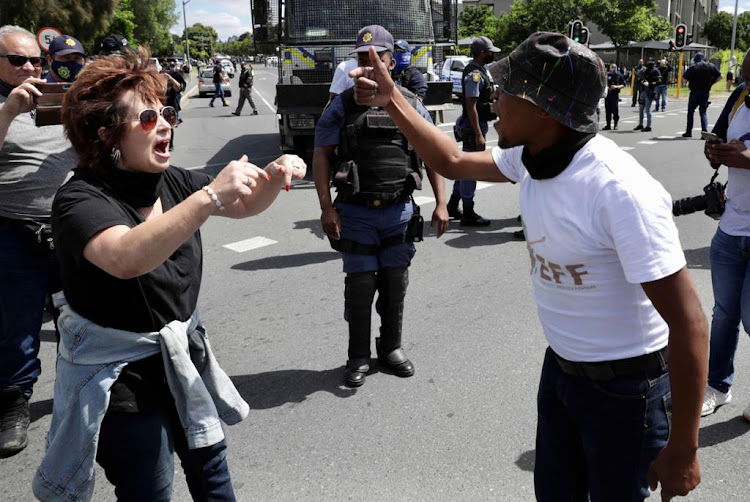 Police attempt to control the crowd as parents and Brackenfell residents go head-to-head with members of the EFF in Cape Town.
Image: Esa Alexander 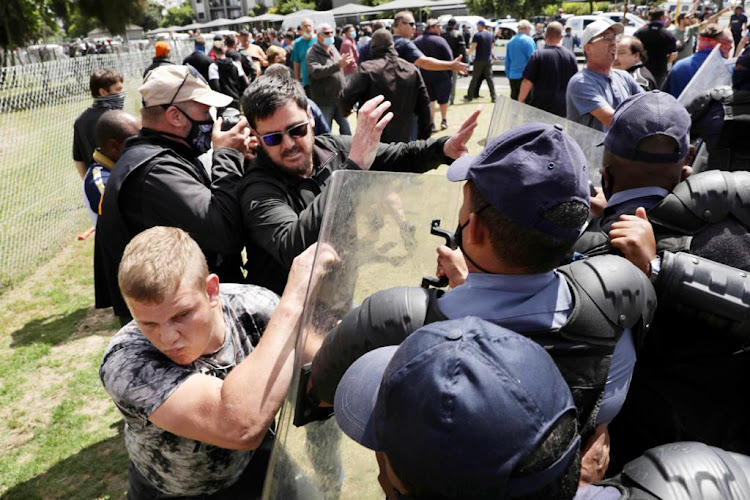 Police had their hands full outside Brackenfell High School where parents and residents clashed with EFF members over alleged racism.
Image: Esa Alexander 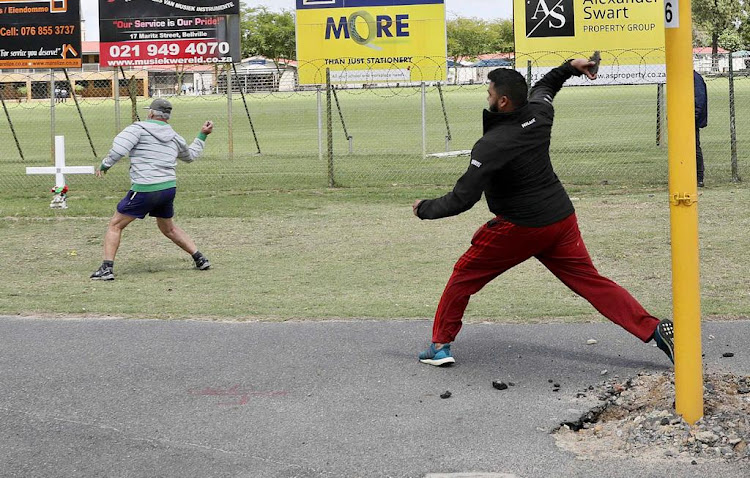 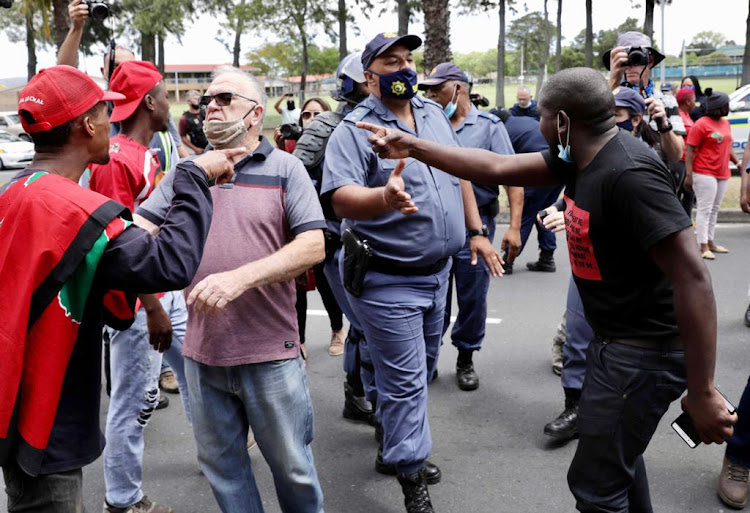 Police attempted to control the crowd with stun grenades after rocks and sticks were thrown.
Image: Esa Alexander 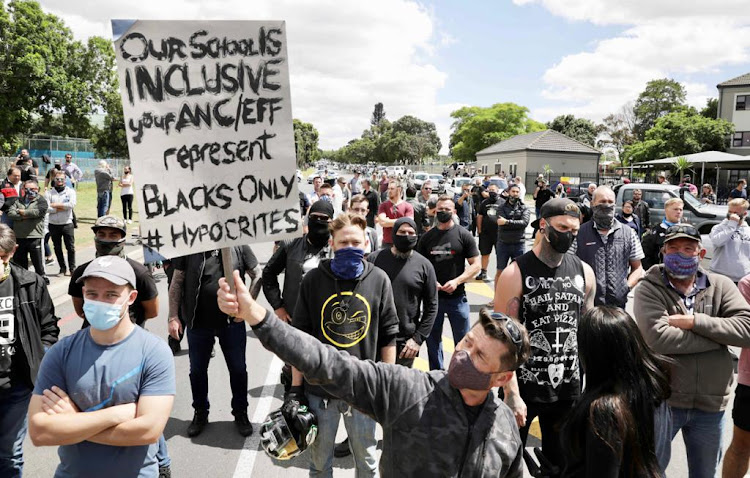 Parents of Brackenfell High School have retaliated against EFF members who have accused them of racism after allegedly organising a matric event exclusively for white pupils.
Image: Esa Alexander

The incident points to ‘deeper racial issues’ at the school, says one parent
News
1 year ago