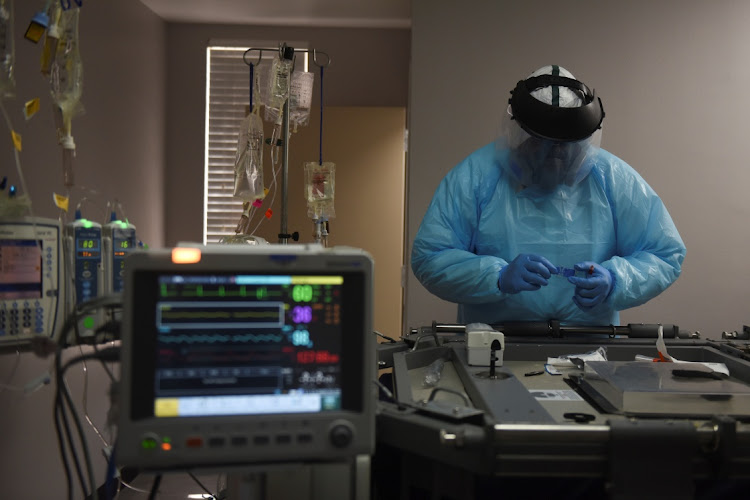 Hackers working for the Russian and North Korean governments have targeted more than half a dozen organizations involved in COVID-19 treatment and vaccine research around the globe, Microsoft said on Friday.

The software company said a Russian hacking group commonly nicknamed "Fancy Bear" - along with a pair of North Korean actors dubbed "Zinc" and "Cerium" by Microsoft - were implicated in recent attempts to break into the networks of seven pharmaceutical companies and vaccine researchers in Canada, France, India, South Korea, and the United States.

Microsoft said the majority of the targets were organizations that were in the process of testing COVID-19 vaccines. Most of the break-in attempts failed but an unspecified number succeeded, it added.

Few other details were provided by Microsoft. It declined to name the targeted organizations, say which ones had been hit by which actor, or provide a precise timeline or description of the attempted intrusions.

More than 300 drones lit up the sky over Seoul on Friday in a show the government said was meant to give "comfort and hope" to residents enduring the coronavirus pandemic.

The devices lined up in synchronised light displays, forming multi-coloured images of people wearing masks, and spelling out slogans promoting the government's "Korean New Deal" programme to rebuild the economy.

"I hope this drone show serves as an opportunity to convey joy and hope for a moment to our people experiencing pandemic fatigue," Kim Sang-do, deputy minister for aviation policy, said in a statement.

Indonesia has sought emergency authorisation to start a mass vaccination campaign by the end of the year to combat the coronavirus in the archipelago, the Southeast Asian nation's president said on Friday.

In an interview with Reuters, President Joko Widodo, commonly known as Jokowi, said plans were already advanced to distribute the vaccine across the entire country.

If approval is granted by the country's food and drug agency, known by its Indonesian acronym BPOM, it will mean Indonesia - with 270 million people, the world's fourth most populous country - will be among the first in the world to roll out a coronavirus vaccine.

Early in the pandemic, a few cities and countries around the world began testing sewage for evidence of the coronavirus, hoping to detect rising infections early.

Now some researchers are fine-tuning that strategy by moving upstream to test waste from single hospitals or other buildings, aiming to quickly pinpoint burgeoning Covid-19 outbreaks and stop them with testing and isolation.

While the virus primarily spreads through droplets expelled from the mouth and nose, it can also be shed via human waste.

A facility set up by the World Health Organisation (WHO) and the GAVI vaccine group has exceeded an interim target of raising more than $2 billion (R31.2bn) to buy and distribute Covid-19 shots for poorer countries, but said it still needs more.

The GAVI alliance said on Friday that the funds for an advance market commitment (AMC) will allow the COVAX facility to buy an initial one billion vaccine doses for 92 eligible countries which would not otherwise be able to afford them.

"We've seen sovereign and private donors from across the world dig deep and help meet this target," GAVI chief Seth Berkley told reporters, adding that there was an "urgent need" to also finance treatments and diagnostics.

Russia reported a record 21,983 new coronavirus infections on Friday as Moscow prepared to close restaurants and bars overnight in an effort to contain the Covid-19 pandemic.

Despite a recent surge, Russian authorities have resisted imposing lockdown restrictions as they did earlier this year, stressing instead the importance of hygiene, social distancing and bringing in targeted measures in certain regions.

Moscow, which reported 5,974 new cases in the past 24 hours, has ordered bars, restaurants and nightclubs to close between 11 p.m. and 6 a.m. from Friday until mid-January. Officials warned of raids and fines for establishments that do not comply.

About 1,000 ANC members, some of them waving ANC flags, converged metres away from the cordoned off Bloemfontein magistrate's court precinct on Friday morning ahead of ANC secretary-general Ace Magashule's appearance on corruption charges.

They sang "Ramaphosa must answer as to what Ace has done".

One group carried a placard which read "This case is politically motivated", while another carried one reading "Hands off Ace Magashule".

IN PICTURES | Covid-19 fashion in Mangaung as Ace Magashule crowd...

Tesla Inc CEO Elon Musk questioned the accuracy of Covid-19 tests on Thursday after claiming that results showed he tested positive twice and then negative twice all on the same day.

The Chinese city of Wuhan said on Friday it had detected the novel coronavirus on the packaging of a batch of Brazilian beef, as it ramped up testing of frozen foods this week as part of a nationwide campaign.

The Wuhan Municipal Health Commission said in a statement on its website it had found three positive samples on the outer packaging of frozen, boneless beef from Brazil.

The beef had entered the country at Qingdao port on August 7 and it reached Wuhan on August 17, where it remained in a cold storage facility until recently.

Russia's sovereign wealth fund said on Friday it had signed a deal with South Korea's GL Rapha for the biotechnology firm to produce over 150 million doses per year of the Sputnik V coronavirus vaccine.

The South Korean firm is expected to begin production next month, the Russian Direct Investment Fund (RDIF) said in a statement.

The doses, produced in South Korea, will be intended for global distribution, it said.

More than 500 medical professionals took part in the survey conducted between October 22 and November 11. The participants related their experiences anonymously.

That's according to a survey conducted by medical defence body the Medical Protection Society (MPS), which represents 32,000 health-care professionals in SA.

More than 500 medical professionals took part in the survey conducted between October 22 and November 11. The participants related their experiences anonymously.

A third of SA's doctors have suffered verbal or physical abuse during...

Though the great outdoors has surged in popularity, green spaces are not shared equally among all

Being stared at, photographed in secret, and even having a bottle thrown at you – all because you went for a quiet walk through the British countryside.

These are just some of Maxwell Ayamba’s experiences while introducing black, Asian and minority ethnic (BAME) people to rural beauty spots for the past 15 years, many of whom had never ventured beyond the cities they resided in.

Covid-hit minorities fleeing to rural UK run into a much older...