Zondo 'determined to find me guilty, regardless of the facts': Zuma 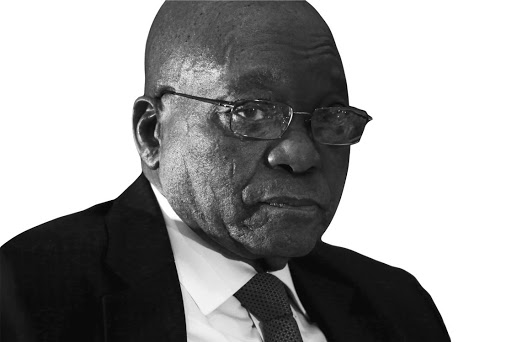 State capture commission chair deputy judge president Raymond Zondo has a “predisposition” against him and is determined to find him guilty regardless of the facts, former president Jacob Zuma said in an affidavit.

The affidavit was delivered to the commission on Thursday in support of Zuma’s application for Zondo to recuse himself from “presiding over those issues that pertain to me and my family”, said Zuma.

In a statement on Friday, secretary of the commission, Itumeleng Mosala, said the application would be made at 10am on Monday. This was also the time at which Zuma had been summonsed to appear before the commission.

But in his affidavit Zuma said: “I genuinely apprehend that he [Zondo] wishes to implicate me at all costs. Although a commission of inquiry makes recommendations, the reputational implications are enormous on people’s lives. Although I remain committed to assisting the commission, the continued role played by the chairperson leaves me with a clear view that my fate has been sealed.

“I cannot appear before a chairperson who seems determined to find me guilty, regardless of the facts.”

Zuma’s affidavit set out the grounds on which he is seeking Zondo’s recusal. He said he was not making the application lightly or frivolously.

I state at the outset, that I have the utmost respect for deputy chief justice Zondo and would never frivolously or for ulterior motives, raise the issues I raise

“I state at the outset, that I have the utmost respect for deputy chief justice Zondo and would never frivolously, or for ulterior motives, raise the issues I raise.”

He said that Zondo ought to have declined to chair the commission — “given our personal relations”.

Zuma describes how he came to know Zondo when Zondo was an attorney and how they became friendly. He also, during this period, “developed a romantic relationship” with Thobeka Madiba, who he would later marry.

“Unbeknown to me and indeed as a pleasant surprise, deputy chief justice Zondo also had some family connection with my wife. It suffices to state that this turned our personal relationship into a cordial family relationship,” Zuma said.

Zondo had on October 29 already disclosed that the “family connection” was that he had a child with Thobeka Madiba's sister.  Zuma said he did not intend to discuss this as it was “disrespectful”.

However, the two “enjoyed a relatively close relationship, born out of our respective personal and professional circumstances”.

“He has visited my house on several occasions,” Zuma said of Zondo.

When Zondo was elevated to the bench, the two discussed how they would relate, deciding they would do so “in a manner that would ensure that his judicial career is not adversely affected”.

The top legal minds leading evidence in the Zondo commission of inquiry cost the commission up to R38,000 per day for the highest paid senior counsel.
Politics
1 year ago

They remained cordial, however, and Zuma never sought any special favours or had any conversations that could compromise either of their roles, the former president said.

“It is not clear to me what has made him hostile towards me,” he said.

However, said the former president, Zondo had treated him differently to other witnesses who had come to the state capture commission.

From the start, Zondo had been selective in the witnesses he chose to hear, identifying those witnesses “who would attempt to implicate me or the ANC in some fraudulent and corrupt activities to sustain the narrative that the nine years I served this country were wasted”, he said.

“In my view, the chairperson is simply confirming a version that he has already accepted as true,” said Zuma.

The commission ignored his testimony — that the commission itself was the perfection of a project targeted at eliminating his political influence.

Then, witnesses who supported this view — like Barbara Hogan, Mcebisi Jonas and Pravin Gordhan — were treated differently, with the chairperson being “overly courteous” and seemingly accepting Hogan as “a star witness”, he said.

Witnesses like former Eskom board chair Zola Tstoti were asked “leading questions” by Zondo, who had already made up his mind, said the former president.

Including some excerpts from the transcripts of the commission in his affidavit, Zuma said they “reveal a worrying pattern”.

Deputy chief justice Raymond Zondo had a child with a sister of one of former president Jacob Zuma's wives more than 25 years ago.
Politics
1 year ago

“It’s obvious that the chairperson appears to talk more than some witnesses and the evidence leaders. There’s a version that he seems to want to put to witness or seek confirmation thereof. I am advised that while this is a legitimate style for cross-examiners, it is unprecedented for a presiding officer to do it so often and to solicit evidence against one person,” said Zuma.

He added that Zondo had doubted his good faith when he had been unable to attend the commission because of his health and had singled him out in the media.

“More recently, and in an unprecedented way, and unprovoked, the chairperson decided to issue a media statement ... declaring his private life. While he was the one who decided on this unnecessary and ill-advised pre-emptive stunt, the primed media frenzy condemned me for his unsolicited declarations,” said Zuma.

Deputy Chief Justice delivered judgement on an application for his recusal from the State Capture Commission, brought forward by former president Jacob Zuma on November 19 2020. But things took a turn after the former president left the commission during an adjournment.

The stand-off between former president Jacob Zuma and the Zondo commission heated up again this week.
Politics
1 year ago

The former president, on the other hand, immediately took exception to the 'bullying' and 'condescending' tone of the warning
Politics
1 year ago

Lvovo defends Jacob Zuma: 'He is used as a scapegoat & we will fight for him'