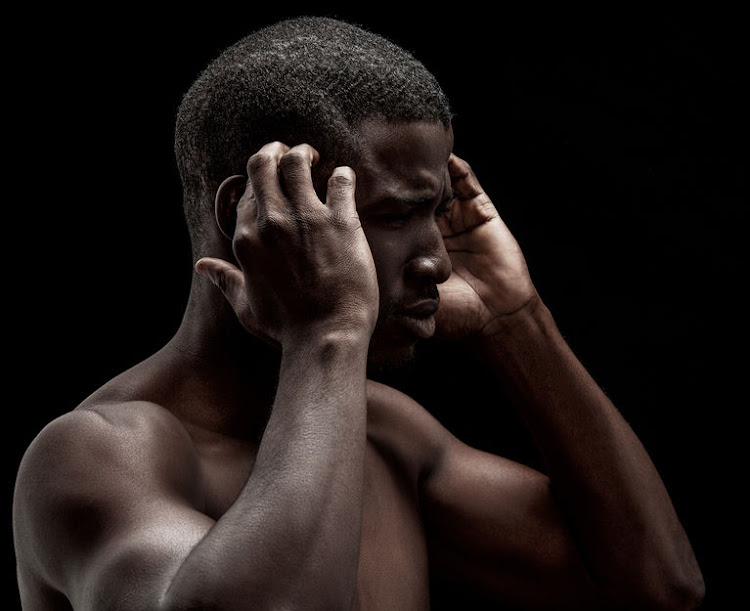 Research on the genetic basis of mental illness has so far largely excluded populations that are not of European heritage. Stock photo.
Image: 123RF/Svyatoslav Lypynskyy

In July 2009 a woman brought her husband to the hospital where our colleagues work in western Kenya. She reported that for several years he had been behaving abnormally, sleeping poorly, hearing voices that no-one else could hear, and believing that people were talking about him and plotting to harm him.

She was seeking help because he was no longer able to work. The man was admitted to the inpatient mental health unit and diagnosed with schizophrenia.

Then the man’s daughter came to visit him. Her clothes and her hair were dishevelled. She described people plotting against her and giving her dirty looks when she walked in the street. She said she was having trouble sleeping. The clinicians looked at each other with apprehension: might she have schizophrenia too?

For reasons that we are just beginning to understand, one family member might be diagnosed with schizophrenia and another with bipolar disorder or depression. In Eldoret, Kenya, where this health facility is located, it is not unusual to have two or three relatives receiving care for mental illnesses.

A third of doctors in SA have suffered verbal or physical abuse from patients, their relatives or members of the public during the Covid-19 pandemic.
News
1 year ago

Such an occurrence is not unique. Research has found that severe mental illness is influenced by genes more than by any other risk factor. And genes are emerging as important clues for new treatments.

But research on the genetic basis of mental illness has so far largely excluded populations that are not of European heritage. That means that this Kenyan family, and other people of African descent, might not benefit from the new biological insights into mental illness.

To help remedy this problem in psychiatric research, researchers from the US and four countries in Africa are working together to study the genetics of schizophrenia and bipolar disorder. They are drawn from the Harvard TH Chan School of Public Health and the Broad Institute of MIT in the US, Moi University and KEMRI-Wellcome Trust in Kenya, Makerere University in Uganda and Addis Ababa University in Ethiopia. Rounding out Southern Africa is the team from the University of Cape Town.

The initiative aims to do something that has never been done on this scale before: recruit 35,000 people in Ethiopia, Kenya, SA and Uganda to answer questions about their health, lifestyle and mental illness, and donate two teaspoons of saliva for DNA testing.

The finding that severe and chronic mental illnesses tend to cluster in families has spurred efforts to understand the genetic differences between people with these illnesses and those without. By looking at DNA and untangling what is going awry in the brain to cause these mental disorders, we hope to spur the creation of new medications to treat these debilitating illnesses and reduce the suffering that comes with them.

Unfortunately, recent efforts to study the genetics of a number of illnesses have what many of us are calling a “diversity problem.” Most of the work in human genetics so far has focused on people of northern European descent, skewing the data in a way that makes it less useful to the majority of people in the world.

The world is perilously close to an era of “white-people-only DNA tests.” In existing databases, 78% of the DNA data comes from people of European ancestries, who make up only about 16% of the world’s population.

One of the main issues presented by this diversity problem is that any solutions (including new medications) are likely to work best for the people whose DNA the research was based on — people of European descent. In fact, most residents in a diverse city like the US city of Boston, made up of white, black, Hispanic and Asian people among others, may not benefit the way they could from research efforts emanating from only a section of the world’s population.

Our large collaborative effort in Africa is called Neuropsychiatric Genetics of African Populations-Psychosis, “NeuroGAP-Psychosis” for short.

With the data collected from the 35,000 people recruited for the project we will be looking for important, clinically relevant genetic differences that might be found in people of African descent and may be less common in people of European descent.

The information could lead to potential targets for new medicines that will help people of African descent and likely people of all ancestries around the globe due to the way human populations originated in Africa and migrated to other continents.

In truth, genetics research cannot be done effectively in a narrow slice of humanity. Our hope is that the genetic data found in the NeuroGAP-Psychosis study, and in similar studies under way in Mexico, China, Japan, Finland and many other countries, will be combined to help solve the mystery of the causes of schizophrenia and bipolar disorder.

Our greatest wish? To see better treatments reach all people suffering from severe mental illness, whether they are in western Kenya or in Boston.

This article was originally published by The Conversation.

One in five are likely to develop illness, while those with existing mental health issues are at higher risk of contracting the virus
World
1 year ago

October has been declared Mental Health Awareness Month, with the objective of not only educating the public but also to reduce the discrimination ...
Lifestyle
1 year ago