'I don't care': Bushiri on seizure of SA assets after court ruling in Malawi 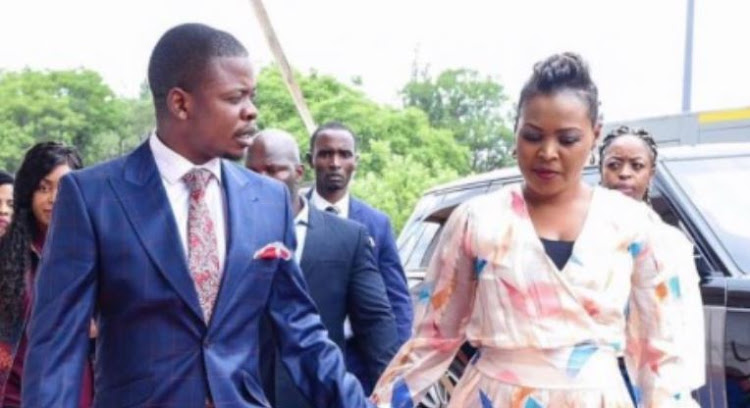 Shepherd Bushiri and his wife Mary have been released from jail in Malawi. 'Whatever has happened today, I don’t see it as our victory ... God has won. Tomorrow is better than today!' Bushiri wrote on his Facebook page.
Image: Facebook/Prophet Shepherd Bushiri

Self-proclaimed prophet Shepherd Bushiri and his wife Mary were “released unconditionally” from custody by a magistrate in the Malawian capital Lilongwe on Thursday afternoon.

Magistrate Viva Nyimba said the couple's arrest in Malawi a day earlier went against the country's laws and ordered they be freed without bail “in the interest of justice”, reported Reuters.

The couple was arrested by Malawian police on Wednesday, acting on a warrant from Interpol after fleeing SA where they faced trial for alleged fraud and money laundering. Reuters said a visibly relieved Bushiri walked out of court, punching the air, and said: “We believe that justice is about to prevail. My life is more precious than the assets in SA.”

The Pretoria magistrate's court had earlier ordered that the couples' R5.5m property at Midstream Estate in Centurion be forfeited to the state as they had contravened their bail conditions.

Prophet Shepherd Bushiri and his wife Mary Bushiri have been released unconditionally, Magistrate Viva Nyimba has ruled, arguing that their arrest was illegal.

They have already forfeited a combined R400,000 in bail money after slipping out of SA to avoid trial for alleged involvement in fraud and money laundering worth more than R100m.

Malawian news publication NationOnline reported, in a series of tweets, that the state had opposed the Bushiris being released on bail in Malawi, arguing they had already skipped bail in SA. The state asked for them to be remanded in custody for 30 days while SA made a formal extradition request.

But the defence countered that they should be released because their arrest in Malawi had been unlawful.

The publication reported there was a commotion at court as the Bushiris arrived and people had to fight their way into the courtroom.

People from all walks of life have gathered at the Court in Lilongwe in anticipation of the Bushiris bail application hearing this afternoon. The people include members of civil society, lawyers, ECG church members and several others. pic.twitter.com/2DPxmsrDPn

Bushiri put out a brief statement on his Facebook page after the court ruling.

“I am also informed that some of my assets in SA have been confiscated by authorities, to which I say: 'My right to life is more important than any asset in this world.'

“Whatever has happened today, I don’t see it as our victory, neither our lawyers. God has won. Tomorrow is better than today!”

Back in Pretoria, the formal bail application of a co-accused in the matter, Willah Mudolo, was postponed to December 3  for the continuation of Mudolo's application and for the tracing of the Bushiri couple, said the Pretoria magistrate's court.

Prophet Shepherd Bushiri and his wife, Mary, have been arrested at their home in Malawi this morning.
News
1 year ago

The Malawi police service has confirmed the arrest of self-proclaimed prophet Shepherd Bushiri and his wife Mary on Wednesday.
News
1 year ago

The formal bail application of a co-accused in the Bushiri fraud case, Willah Mudolo, has been postponed to December 3.
News
1 year ago