Search to continue for woman swept away in flooded Umlazi River 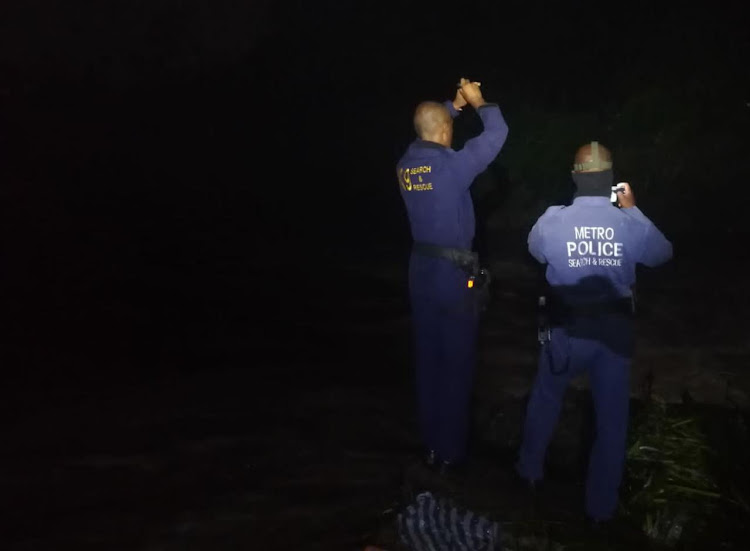 Police officers from Durban K9 Search and Rescue (SAR) and Metro Police SAR at the Umlazi River where a woman was swept away on Wednesday evening.
Image: Supplied

The search for a 22-year-old woman who was swept away while attempting to cross the Umlazi River, south of Durban, will resume on Thursday.

This after police divers from Durban Search and Rescue (SAR) together with Durban K9 SAR were called out to the Umlazi River on Wednesday evening.

According to reports, the woman had attempted to cross the raging river in the Moscow area of F section in Umlazi.

Persistent and heavy rainfall in the province during the week led to severe flooding in the area.

Two other victims were rescued by community members but the search for the 22-year-old had to be called off due to bad lighting and dangerous storm conditions.

The SA Weather Service (SAWS) has issued a weather warning for severe thunderstorms for the northern parts of KwaZulu-Natal on Thursday.

SAWS said thunderstorms, with possible heavy rain, hail and excessive lightning, were to be expected between 2 and 11pm.

Pietermaritzburg residents ran for cover when hailstones as large as tennis balls battered the KwaZulu-Natal capital on Wednesday afternoon.
News
1 year ago

A 19-year-old man drowned while swimming with friends in Melmoth on Sunday.
News
1 year ago

Search on for missing pastor

Police in Limpopo are calling on the public to help trace a pastor who has been missing for nine days.
News
1 year ago