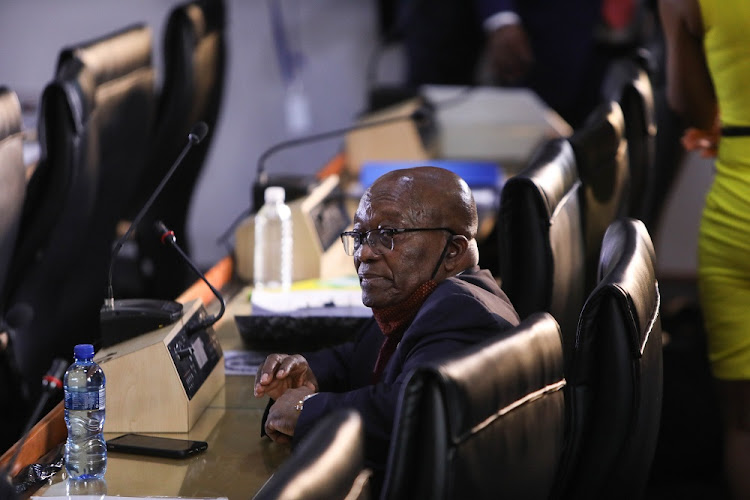 The social media streets were a mess this week when former president Jacob Zuma left the state capture commission without the permission of chairperson, deputy chief justice Raymond Zondo.

Zuma absconded after his application for the recusal of Zondo was dismissed on Thursday. After the ruling, Zuma's lawyer Muzi Sikhakhane told Zondo that they were “excusing ourselves” from the proceedings. His team left during a brief adjournment and never returned.

Zondo had summoned Zuma to present himself at the commission from Monday until Friday, and said he had planned for Zuma to be questioned on matters the commission is investigating and respond to testimony that had implicated him.

Zondo said the Zuma walkout was a “serious matter” and that the commission would reflect on the next course of action. TimesLIVE reported that Zuma could find himself charged with contempt for defying Zondo, which could see him slapped with a fine and/or a prison sentence of up to six months.

Social media was flooded with reactions to the walkout, with many posting memes and hilarious comments about the situation.

Adv Sikhakhane must have advised Zuma on the consequences of walking out from the commission. Did he disregard the advice and went on to walk out regardlessly? #ZondoCommission pic.twitter.com/C6OgwPxk8E

Zuma’s counsel did tell the Chair that they are going to walk out. https://t.co/YlMymD5XJI

In short, if Gedleyihlekisa Jacob Zuma can walk 🚶🏾‍♂️ out of #ZondoCommission it means anyone can show Zondo a middle finger and walk out. pic.twitter.com/5oh2yyKbhD

Zuma has given Zondo a middle finger he left the commission.! 😂😂😂 pic.twitter.com/FV4tL6XvHq

Zuma always tells us that he want's his day in court but when the day comes he makes all sorts of excuses, now he just walk out like Zondo is nothing but a boy. He needs to be arrested and come to that commission to testify. What kind of nonsense is this we not been respected 🙄 pic.twitter.com/RJKsg4UjIn

Raymond Zondo dismissed Zuma's application to recuse himself as the chairperson of the state capture commission.
Politics
1 year ago

TOM EATON | With friends like the ANC’s, who needs enemies?

As the Zuma-Zondo contretemps proves yet again, for the ANC friendship means something very different
Opinion & Analysis
1 year ago

'I dispute we were not friends, we met several times': Zuma on Zondo