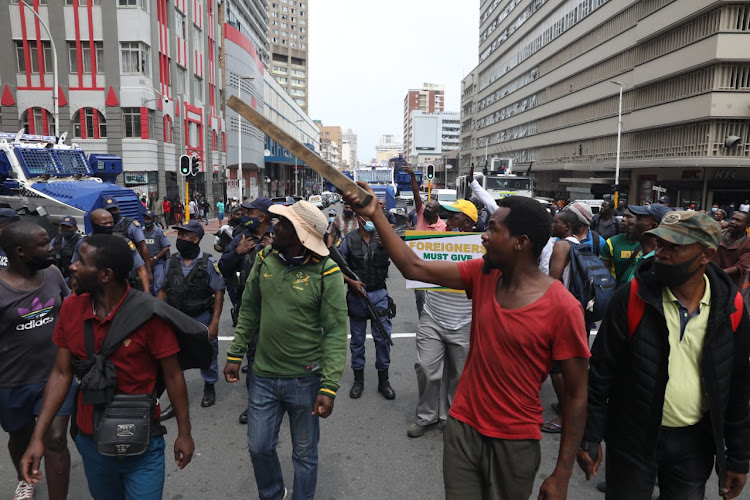 Hundreds of MKMVA members and truck drivers took to the streets of Durban's CBD on Monday demanding that they be given job opportunities in preference to foreigners.
Image: Sandile Ndlovu

Hundreds of Umkhonto we Sizwe Military Veterans Association (MKMVA) members and truck drivers stormed through the streets of Durban's CBD on Monday, bringing traffic to a standstill, with at least one man injured.

A number of foreign-owned shops and stalls were targeted as the protest formed part of the group's stance against foreigners, who they allege have taken the jobs of South Africans and overrun the city, turning Durban's streets into a breeding ground for drugs and human trafficking. 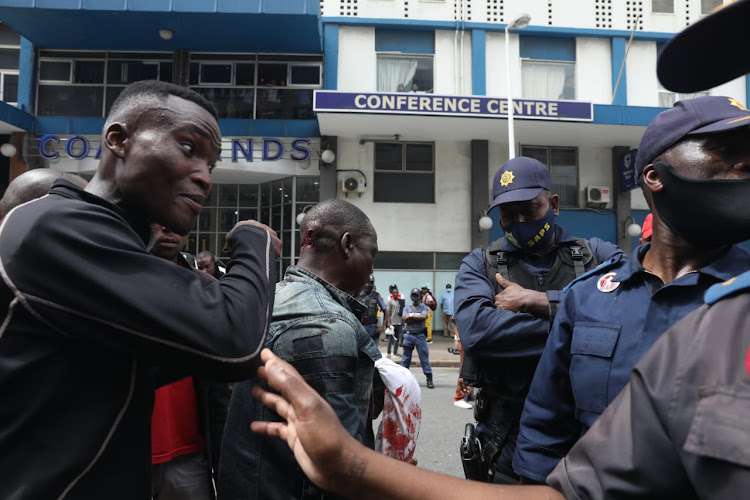 Mbongeni Maphumulo was allegedly shot in the back of the head with a rubber bullet at close range. One of his fellow veterans is seen having a heated debate with police about the incident.
Image: Sandile Ndlovu

Bishop Sandile Ndlela of the MKMVA said the aim was to take a stand against the system which allowed foreigners to take control of the CBD and get jobs before South Africans. 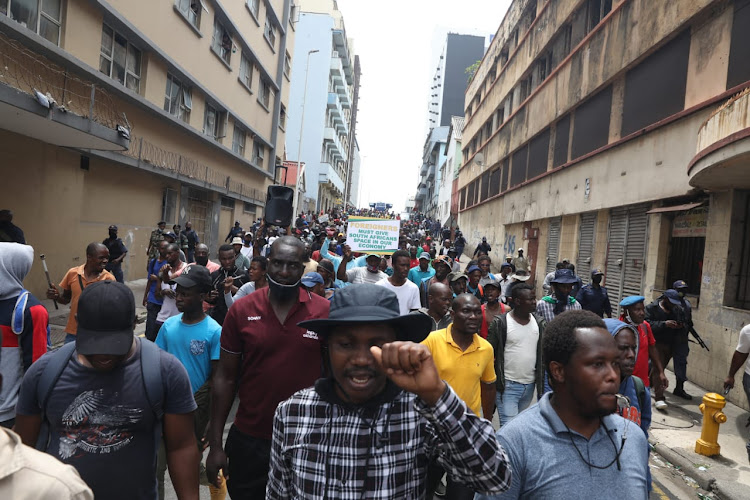 “The aim of the people here is not to fight with the foreigners, we are fighting with the system. South Africans are not employed. Second, the foreigners are transporting drugs and they are also involved in human trafficking, taking our women to be sex workers.” 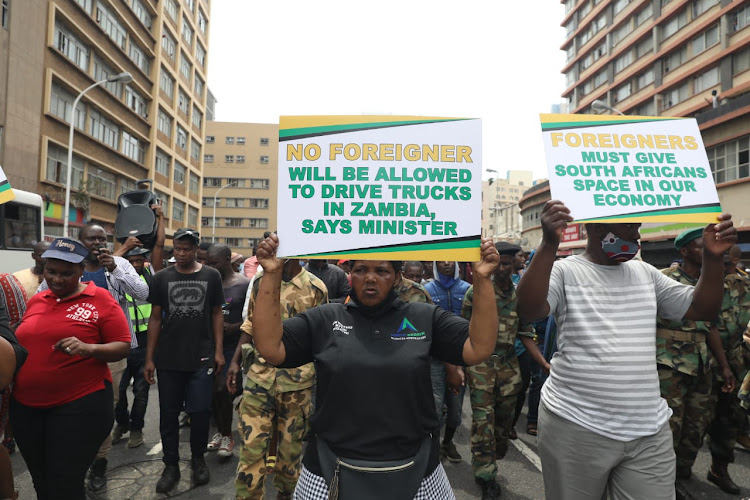 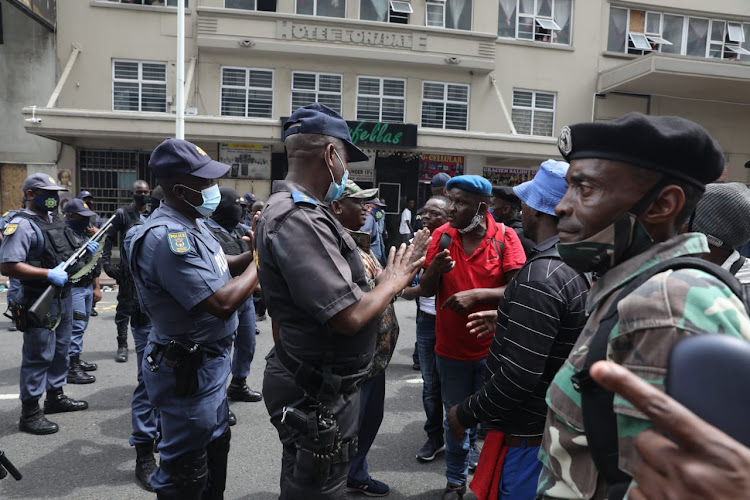 The truck drivers form part of the National Truck Drivers Federations (NTDF) and the All Truck Drivers Foundation (ATDF), who had staged a protest to Durban's port earlier on Monday. They blockaded parts of Langeberg Road with burning tyres, before marching to the CBD and joining members from the MK Vets.

One MKMVA member, Mbongeni Maphumulo, cried foul after he was allegedly shot by police with a rubber bullet at close range. Maphumulo was assisted by his comrades.

Mbongeni Maphumulo of #MKVA argues with police after he was shot in the back of the head with a rubber bullet at close range. This as hundreds of truck drivers and MKVA protesters march through Durban's CBD against the hiring of foreign nationals @TimesLIVE

The situation has been closely monitored by members of the SAPS' public order police and metro police.

Metro police spokesperson Sen Supt Parbhoo Sewpersad said as far as he was aware, no rubber bullets were fired.

“So far the protests have not caused any major damage or harm. While it has been disruptive, it hasn't spiralled out of control. We hope it can continue peacefully,” he said. 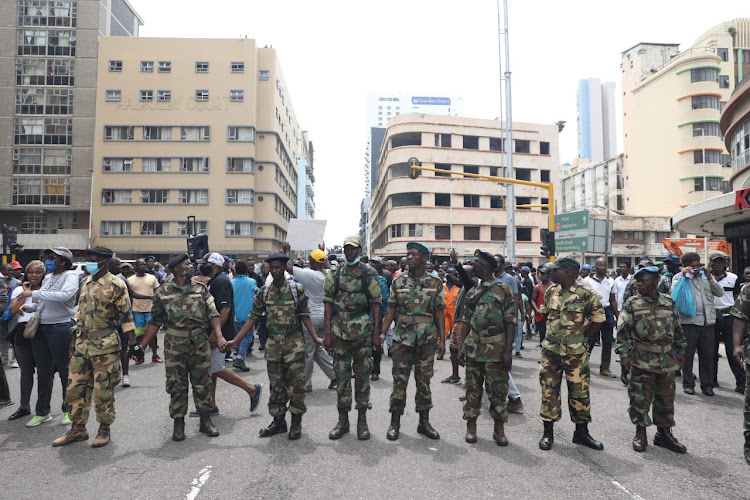 Hundreds of MKMVA members and truck drivers took to the streets of Durban's CBD on Monday protesting about job opportunities they say are being given to foreigners.
Image: Sandile Ndlovu

The group gathered at Durban's City Hall before continuing their protest in the city.

Earlier this month, members of MKMVA shut down businesses owned by immigrants in the Berea area, demanding that the owners go back to their countries of origin.