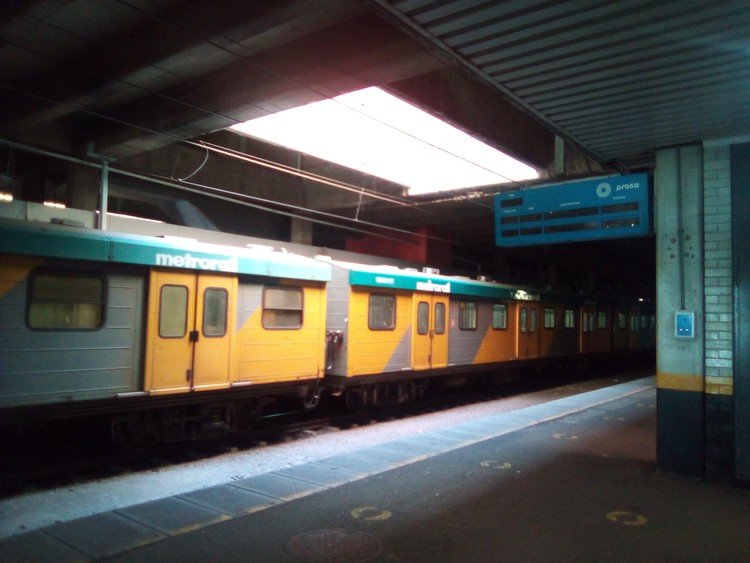 Commuters in Durban say they have no choice but to use overcrowded trains as the cheapest way to get to work.
Image: Nokulunga Majola/GroundUp

While the country continues to endure hundreds of Covid-19 deaths weekly, commuters in Durban say they have no choice but to use overcrowded trains as the cheapest way to get to work.

The Passenger Rail Agency of SA (Prasa) blamed the overcrowded carriages on the shortage of trains in the province.

During a commute on the Umlazi line last week, people were seen standing shoulder-to-shoulder in the carriages, many of them not wearing masks. In a video taken by a GroundUp reporter, people can be seen squeezing past one another to get out at their stations. No safety marshals — meant to enforce physical distancing — were seen on the carriage or on the platform.

Some commuters spoken to said that the pandemic and the effects of the subsequent lockdown had hit them hard financially. Travelling by trains is their only option at the moment as a train ticket from Durban to KwaMnyandu in Umlazi is R7.50 compared with R20 for a taxi.

Nkululeko Mavimbela from Umlazi said the trains she takes daily are overcrowded.

“I take trains only when I am not in a hurry, especially in the afternoons. It is always packed. People seem not to care that there is a virus out there. All they care about is how much they are saving,” she said.

“I think the solution would be to add more trains to avoid overcrowding,” she said.

Commuter Thabsile Gama said Prasa should be monitoring whether all Covid-19 regulations are being observed at stations.

“What are the marshals for if we are going to have these issues? I try my best but it is difficult to maintain distance from someone when a train is packed. I don’t understand why people think it is OK not to wear their masks, especially in public.”

In October, the United National Transport Union (Untu) demanded that transport minister Fikile Mbalula be personally held accountable for Prasa’s blatant disregard of Covid-19 regulations and the safety of commuters and its employees.

Dan Khumalo, acting general secretary of Untu, said Mbalula was not only responsible for Prasa but also for the Railway Safety Regulator, which is meant to operate as a watchdog of rail safety. Khumalo criticised Prasa for “gambling with the lives of commuters”.

Prasa spokesperson Zama Nomnganga said the shortage of train sets was due to ageing infrastructure and a limited supply of components to maintain them. Nomnganga said cable theft and vandalism was also a major challenge in Durban.

“When trains are cancelled or delayed commuters rushing to work are forced to take whatever train is available, which leads to no Covid-19 regulations being observed by some commuters, especially inside the train,” he said.

Two bullet holes in the left door window of a minibus taxi and a trail of shell casings showed how at least one gunman opened fire at a busy taxi ...
News
1 year ago

Powerful KwaZulu-Natal taxi boss Mandla Gcaba is locked in litigation with eThekwini municipality in a bid to maintain his stranglehold on transport ...
News
1 year ago

The parlous state of SA's long-distance railways has been laid bare by transport minister Fikile Mbalula.
Politics
1 year ago