Covid-19: SA to pay R500m for access to vaccines to protect population 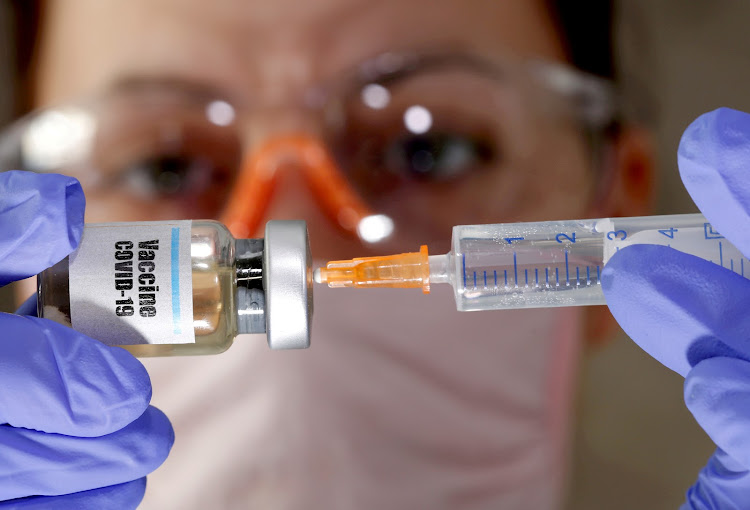 SA is going with the COVAX global Covid-19 vaccine distribution scheme, with a committed purchase for 10% of its population of 58m, a senior health official said on Tuesday.

Khadija Jamaloodien, director of affordable medicines at the health ministry, told Reuters SA had not yet signed the commitment agreement to participate in COVAX, but would do so once officials had completed the necessary administrative processes.

She said the facility would give the country an early batch of vaccines with which to start protecting people.

“We have to be strategic about how we do this because the intention is to cover a larger proportion of the population,” she said.

“Initially the strategy is to protect the vulnerable, which includes our healthcare workers, and then those which we will identify as priority groups.”

The decision followed earlier advice from a group of experts.

The government has publicly expressed support for COVAX, but it had yet to say how much of the population it would seek to cover via the facility co-led by the World Health Organisation (WHO), and whether it would go for the committed, rather than optional, purchase arrangement.

SA will make a R500m payment to help fund production of vaccines that will be made available via the facility, finance minister Tito Mboweni said on Tuesday.

Mboweni said a further R4.5bn could be necessary to procure vaccines in future, without specifying how it would be spent. The government is trying to keep its options open while it assesses which vaccine will be most effective locally and most affordable.

As an upper middle income country, SA does not qualify for subsidised vaccines under COVAX, unlike many other African countries.

However, health campaigners said countries in this bracket lack the diplomatic weight to shape the scheme to their advantage, unlike rich nations paying bigger sums, leaving them at a double disadvantage.

SA had to weigh the benefits of signing up to the scheme versus agreeing to bilateral deals with major pharmaceutical companies, or waiting to see which vaccines proved the most effective in late stage clinical trials, an official close to the government's vaccine discussions told Reuters.

The country has recorded the most coronavirus infections on the African continent, with more than 772,000 confirmed cases and more than 21,000 deaths to date. It imposed one of the world's strictest lockdowns in March to contain the coronavirus, compounding pre-existing economic woes.

Vaccine race: where are we, and what’s the holdup?

Herd immunity for Covid-19, or is it just herd mentality in the search for a vaccine?