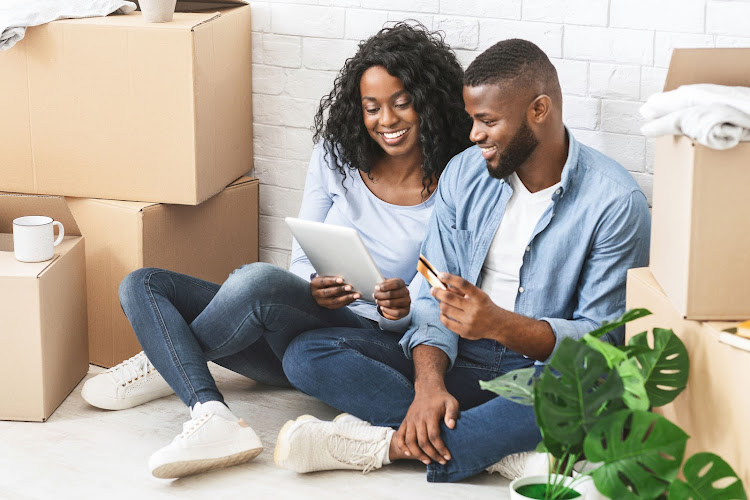 Cape Town's Langa, along with Gauteng's new suburb of Drieziek, in Orange Farm, is joining Pretoria, Sandton and Midrand as sought-after areas for new homeowners.

This is according to Lightstone, which records and analyses property sales.

While the Covid-19 lockdown saw a reduced number of sales, the data shows that most first-time buyers entered the residential property market in the R700,000 to R1.5m price point, as opposed to less expensive valuation bands.

Covid and crime are forcing Saffers to flee into luxurious laagers

Who's buying, and where

The highest number of first-time buyers in Cape Town was in the R1.5m to R3m band, while in Durban, Johannesburg and Pretoria it was in the R700,000 to R1m band, said the Lightstone report.

Most first-time buyers were aged between 21-25, followed by those under 20 – a surprising finding that homeowners were so young, said Lightstone. “Then the numbers drop from 26-30 and 31-35, and it’s in the 36-40 age group that repeat buyers overtake first-time buyers.”

This ties in with research data from credit bureau TPN, which shows that most property investors are in their mid-20s to early 30s. “The most active property investor buying in SA is female and under 30,” says Michelle Dickens, MD of TPN.

In the Western Cape, Langa (112 purchases) and Belhar (91 purchases), situated on the Cape Flats, lead the way for first-time home buyers in Cape Town in 2020. Other suburbs in the top 10 included Plumstead, Observatory, Sea Point, Wynberg, Rondebosch and Claremont, all located in the southern suburbs, with Sea Point on the Atlantic seaboard and Ottery on the edge of the southern suburbs making up the balance.

In 2010, Belhar led the first-time buyers table, along with seven other suburbs appearing in both lists. The only newcomers in 2020 were Langa and Ottery, with Delft and Strandfontein Village dropping out.

In Johannesburg, Kensington (60 purchases), directly east of the city centre, was the first choice in 2020, up from fifth in 2010. Oakdene (one of five suburbs located south of the city) and Orange Grove (one of four in the northern suburbs) were next.

In Durban, first-time buyers have consistently been drawn to the same suburbs, with nine appearing in both the 2010 and 2020 top 10 lists. Bulwer (80 purchases), located close to the Durban CBD, was the leading choice in the period January to September 2020. Other suburbs to feature in both periods include Morningside, Reservoir Hills, Musgrave, Durban Central, Essenwood, Montclair, Newlands East and Umbilo. The new entrant in 2020 was Windermere, which replaced Earlsfield.

In Pretoria, Moreleta Park (147 purchases) is comfortably ahead of the other leading city-based suburbs. Moreleta Park is among the popular suburbs south and east of the Pretoria CBD, which include fellow top 10 choices Faerie Glen and Equestria.

Said Lightstone: “The increased sales in Pretoria could reflect people moving into the city from surrounding rural areas as security concerns mount, changing university lodging rules, many new flats and residential developments are coming on stream, and state schools are plentiful and less expensive than many in Johannesburg.

“The areas where people are moving to are centrally located, with hospitals, malls and road networks within easy reach.”

Shifts in home ownership, with Gauteng attracting most first-time buyers

Johannesburg's Sandton and Midrand data shows that about 75% of buyers (where race is recorded) in 2020 in Sandton and Midrand are black, compared to 55% in 2010, “again underscoring the demographic shift taking place in the residential market”, said Lightstone.

In Sandton, sales to first-time buyers are evenly spread across the leading five suburbs, Paulshof, Bryanston, Lonehill, Douglasdale and Linbro Park, all of which, bar Linbro Park, were in the top 10 in 2010. The only other new entrant in 2020 is Broadacres, while Edenburg and Beverley dropped out. In Midrand, sales to first-time buyers in Midrand Outlying are significantly higher.

Drieziek, in Orange Farm, one of the youngest townships in Gauteng, about 45km south of Johannesburg, leads the way with first-time buyers with 345 purchases, more than double Moreleta Park’s total. Second is Electric City in Eersterivier, south of Blue Downs and east of Khayelitsha, with 177 purchases.

Fourteen of the top 20 suburbs outside the major cities are in Gauteng, and are in Midrand, Centurion, Pretoria, Sandton, Kempton Park, Roodepoort and Randburg. The Western Cape is next with four suburbs, with one each from the Free State and the Eastern Cape.

Take a 'tour' of The Saxon's lavish Nelson Mandela Platinum Suite, which was among the Africa winners of the 2020 World Travel Awards.
Lifestyle
1 year ago

SA estates and design companies recognised as some of Africa's best

SA estates and design companies have emerged as winners at the recent Africa and Arabia Property Awards.
News
1 year ago