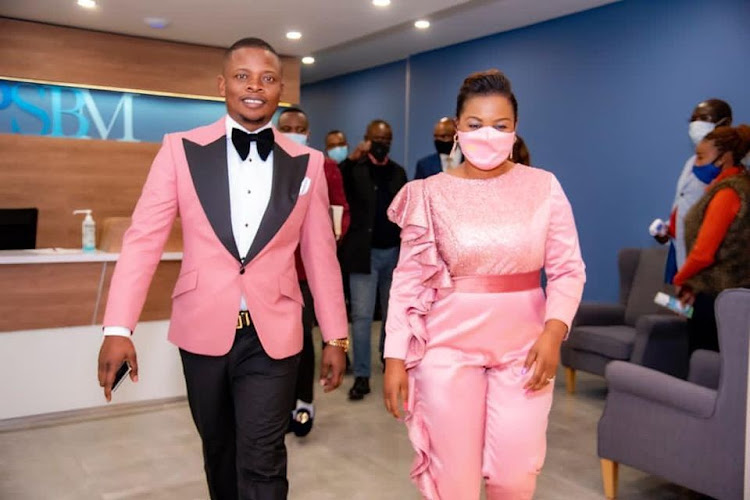 Shepherd and Mary Bushiri are appearing in court in Lilongwe on Tuesday, challenging the constitutionality of their arrest in Malawi.
Image: Shepherd Bushiri/Facebook

However, the Malawian government, through minister of information Gospel Kazako, on Tuesday said the office of the attorney-general of Malawi has not received any formal documentation from SA authorities.

He said while both the SA and Malawian state lawyers were communicating about the matter, the formal process still needed to be followed.

Meanwhile, the Malawian pastor and businessman, born Chipiliro Gama, and his wife Mary, who fled SA last month, are appearing at the Lilongwe high court on Tuesday.

Kazako said the fugitive couple — whose escape coincided with Malawian President Lazarus Chakwera’s diplomatic visit to SA — were challenging the constitutionality of their arrest in Malawi.

“Previously, the lower court ruled that the Bushiris' arrest was unlawful and they were released on bail. Today the state lawyers are appealing that decision.”

In SA, the exact details of how 37-year-old Bushiri, also known as "Major 1", who founded and leads the Enlightened Christian Gathering (ECG) church, left the country remains the subject of a police investigation.

Bushiri was set to stand trial in a case of alleged fraud and money laundering involving more than R100m.

His luxury mansion in Centurion was seized and the couple forfeited combined bail of R400,000 for contravening bail conditions set by the Pretoria Central magistrate's court.

The DA has called on home affairs minister Dr Aaron Motsoaledi to again account to parliament over the escape of fugitives from justice Shepherd and ...
Politics
1 year ago

A week after self-proclaimed pastor Shepherd Bushiri fled SA, the government remains clueless about how he escaped.
News
1 year ago

We weren’t exactly “shook” by the news that infamous self-styled prophet Shepherd Bushiri and his wife Mary had magicked themselves to their native ...
Opinion & Analysis
1 year ago