Spar workers who set woman alight have been fired 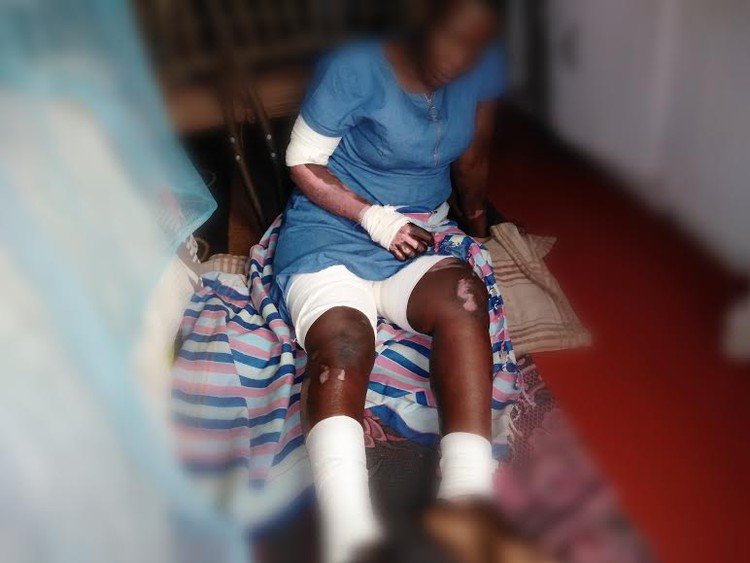 A woman, who prefers to remain anonymous, is battling to recover from the wounds sustained when she was doused with spirits and set alight after stealing meat worth R25 from the Musina Superspar.
Image: Bernard Chiguvare / GroundUp

The two Superspar Musina employees who threw spirits over a woman who had stolen from the shop and then set her alight have been fired, GroundUp reported.

Mavis* was doused with methylated spirits on November 10 after she took R25 worth of meat from the shop without paying. Three people including two former Superspar employees have been charged and will appear in court in January.

She was hospitalised for two weeks at Musina hospital with severe burns and discharged on November 23. She is now recovering at a friend’s house.

“I am still struggling to walk and sleep. The pain is too much at night especially on my right leg,” she told GroundUp. She said it took her almost two hours to walk less than a kilometre to the taxi rank for a taxi to the hospital, where she has to go four times a week to have the wound dressed.

She said she feared permanent injury and had lost hope of getting back to her normal life.

Spar head office told GroundUp after the incident that the two employees involved had been suspended pending a disciplinary process. This week the company said they had been dismissed.

Spar had undertaken to pay Mavis’s medical costs and had asked the hospital to provide these. “This will include both those on admission and any subsequent related costs.”

Mavis said she was grateful to the readers who had donated money to help her after GroundUp published the story of the incident. She said she had not heard from Spar management. “Maybe to them it is not a serious issue,” she said.

But Spar told GroundUp the company was “under strict instructions” from the police station commander not to make direct contact “until the matter is disposed of”.

*Not her real name.

The mother of slain University of Cape Town student Uyinene Mrwetyana is delighted about how much the foundation named to honour her daughter has ...
News
1 year ago

While many women and children have died without making the news, here is a list of just five GBV cases that took place during the 16 Days of Activism ...
News
1 year ago

Call for sex offender list to be made public

“I will not be next”, “We’re done being afraid” and “Femicide is the real pandemic” were some of the many banners on display on Saturday morning ...
News
1 year ago