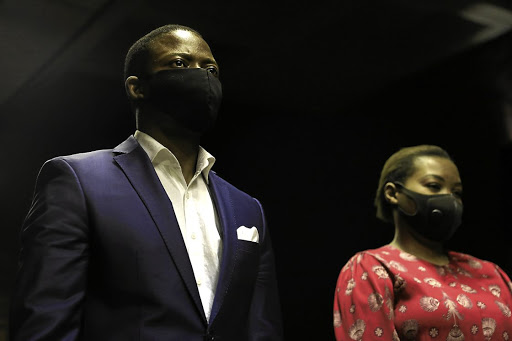 The South African government has requested the extradition from Malawi of fugitives Shepherd Bushiri and his wife Mary.
Image: Alon Skuy

The Malawian government on Friday confirmed receiving an extradition application request from the South African government three weeks after fugitive couple Shepherd Bushiri and his wife Mary skipped the country.

Justice and correctional services minister Ronald Lamola confirmed the extradition request for the couple had been served in terms of article 6 of the Southern African Development Community (SADC) protocol on extradition, article 10 of the extradition agreement between the governments of Malawi and South Africa, and the  Extradition Act.

“As previously indicated, the law provides for this extradition request to be submitted within 30 days. However, this extradition request has been brought within a period of two weeks. The submission follows a request for a provisional arrest sent through the International Criminal Police Organisation (Interpol) in terms article 10 of the SADC protocol,” said Lamola.

“We note this has been appealed by the fugitives. We are closely monitoring appeal processes by the Malawian authorities.

While the NPA has confirmed that an extradition request has been submitted to the Malawian government through diplomatic channels, the Malawian ...
News
1 year ago

“Given our sound and healthy diplomatic, strategic and political relationship, and our common citizenship of the SADC community, we are convinced Malawi will honour the letter and spirit of every provision of their international and regional obligations,” he said.

The Malawian businessman, born Chipiliro Gama, appeared in the Lilongwe High Court on Tuesday, where he and his wife challenged the constitutionality of their arrest.

The matter was adjourned to December 14 after the judge asked for more information from the state and the couple's lawyers.

Bushiri, who is also known as “Major 1”, mysteriously fled from SA last month.

The 37-year-old, who founded and leads the Enlightened Christian Gathering (ECG) church, was set to stand trial in a case of alleged fraud and money laundering of more than R100m.

His luxury mansion in Centurion was seized and the couple forfeited a combined R400,000 bail money for contravening bail conditions set by the Pretoria Central magistrate's court.

A case involving Bushiri’s co-accused, businessman Willah Mudolo, his wife Zethu and Landiwe Ntlokwana, was postponed to December 8 at the Pretoria magistrate's court on Thursday.

The case involving fugitive couple pastor Shepherd Bushiri and his wife Mary has been adjourned to December 14, the Malawian government said.
News
1 year ago

It felt like déjà vu, listening to hearings of the Commission for the Promotion and Protection of the Rights of CRL Communities currently taking ...
Opinion & Analysis
1 year ago