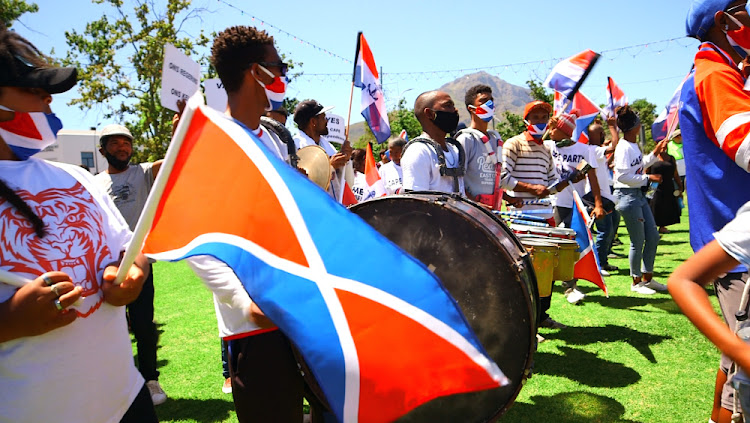 Hundreds of supporters of an independent Western Cape marched on Stellenbosch with temperatures sweltering in the 30s to hand over a memorandum to the DA mayor calling on the local government to recognise their right to a referendum on independence for the province.

“The people of the Cape demand our rights to self-determination in the face of a corrupt, racist, and incompetent national government that we did not vote for. It's time to take action against institutionalised racial discrimination and build a fair and prosperous Cape for all citizens”, said the Cape Independence advocacy group, one of the organisations arranging the march.

Brian Damonse, an indigenous healing practitioner and resident of Cloetesville, a largely coloured community of Stellenbosch, said: “I've joined this march today to free my nation, my customs and culture because under the DA and ANC I don't believe they have any plan for us to improve or practise our cultures as people,” he said. “From the community I come from, thousands are in support of this. Even in the surrounding areas, I'd estimate that 60% are in support of an independent Cape.”

Rudwin Gertse, a resident from Kuils River, a town near Stellenbosch, said: “I'm doing this for my future children — if times are difficult for me, what will it be like for my children? I'm not only doing this for me and my race, I'm doing it for all people of the Western Cape. It's difficult for me as a minority of this country to get a job due to national government policies. They like to say we are black, but when we have to tick the boxes, we need to tick the coloured box, which prevents us from getting a job.” 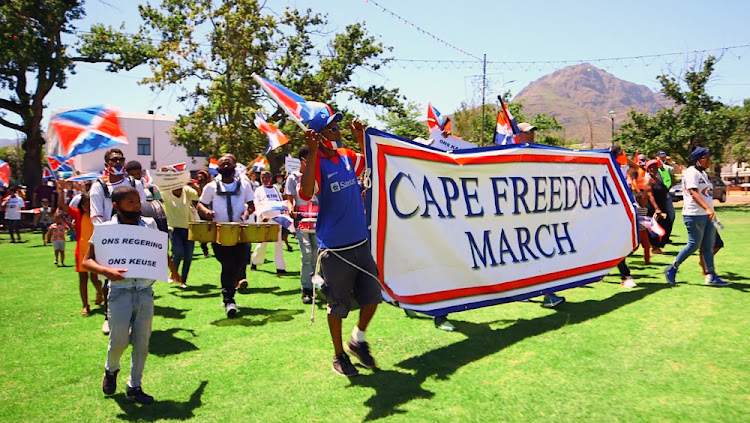 But criticism of an independent Western Cape has come from EFF MP Mbuyiseni Ndlozi who slammed the movement.

“Cape Town will never be an independent state. A Boer republic is a failed dream, it will never happen! There will never be a white-run country anywhere in Africa again!” said Ndlozi.

Others such as constitutional expert Pierre de Vos has said the idea is “pie in the sky, a pipe dream” and that “the call for Western Cape secession should be immediately abandoned”.

However supporters didn't blink when asked the question whether they were concerned by comments made by those against the move.

“These people are benefited by the status quo so obviously they will say that,” said Jack Miller, the leader of the Cape Party. “The government has a legal obligation, if we get a majority vote in the Western Cape in favour of independence, they have to grant us independence. It's the free will choice of the people in the Western Cape, so if we want we can be independent.”

Dr Corné Mulder said on Tuesday that ANC rule had never been the will of the majority in the Western Cape.
Politics
1 year ago

Sociologist Goran Therborn has probably influenced the study of inequality more than any other scholar in recent years.
Politics
2 years ago