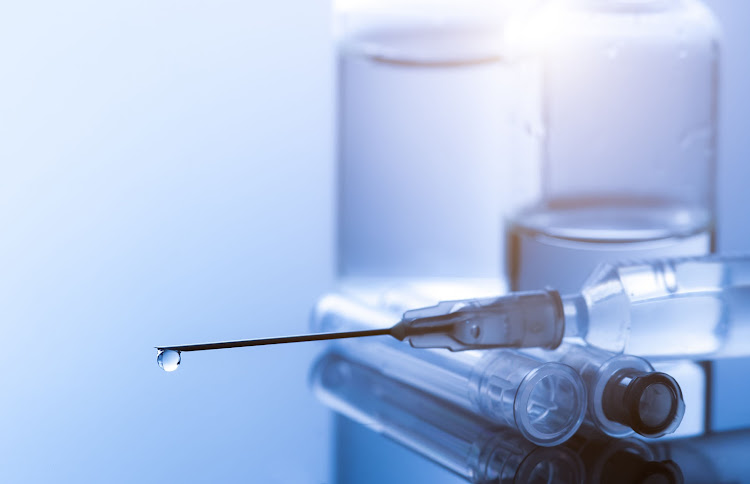 SA needs a Covid-19 vaccine by April, but jumping at the first one on the market could be a costly mistake, the Sunday Times reported on December 6 2020. File photo.
Image: 123rf/Monchai Tudsamalee

Covid-19 infections have surpassed the 4,400 mark daily for the past three days in SA.

Stats released by the department of health on Saturday night recorded 4,645 new infections over 24 hours, taking the cumulative total to 810,449.

There were 104 more Covid-19 related deaths over 24 hours — 65 in the Eastern Cape, three in the Free State, seven in Gauteng, six in KwaZulu-Natal, three in Mpumalanga and 20 in the Western Cape. This brings the total number of deaths to 22,067.

The latest figures come as a doctor in KwaZulu-Natal urged teenagers who attended matric rage parties to quarantine after an influx of Covid-19 test requests in the province.

Dr Kamz Govender, who works in the Upper Highway area west of Durban, said the number of requests for Covid-19 tests in the past 48 hours had been overwhelming.

Govender wrote on Facebook: “This has been largely due to them attending the annual matric rage event over the last week and having multiple friends who have tested positive for Covid-19.”

He and his team had noted that 95% of teenagers who tested were positive for Covid-19 but almost all were asymptomatic.

'SA has to choose vaccine carefully'

SA needs a Covid-19 vaccine by April, but jumping at the first one on the market could be a costly mistake, warn health experts.
News
1 year ago

A doctor is urging teenagers who attended Rage parties in KwaZulu-Natal to quarantine after an influx of Covid-19 test requests.
News
1 year ago

When the virus hits, 'you are not special'