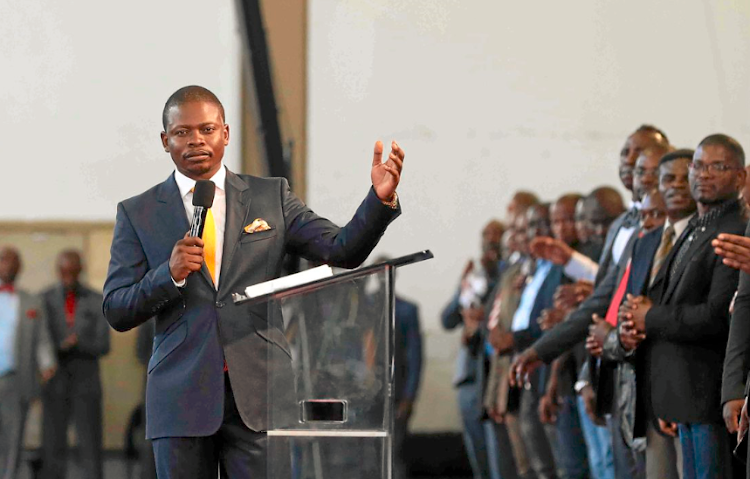 Willah Mudolo will be back in court in SA on December 14, the same day Shepherd and Mary Bushiri are expected to appear in court in Malawi. File photo.
Image: Thulani Mbele

“The matter was back on the roll [on Tuesday]. Today’s proceedings were to arrange a date for Willah Mudolo’s part heard bail application. The matter is back on  December 14,” said National Prosecuting Authority (NPA) spokesperson Sipho Ngwema.

The new date coincides with the next appearance by Bushiri and his wife Mary at the Lilongwe high court in Malawi.

He told the court he intended to plead not guilty in a case in which he and two others are charged with fraud, theft and money laundering involving about R100m.

In his affidavit Mudolo said: “I will stand my trial particularly having regard to the fact that I am confident I will be acquitted on all the charges should the matter go to trial.

The Zambian national, who was arrested on October 17, said he intended pledging properties worth between R23m and R25m and a paid up bond of R10m as security for his bail.

Mudolo remains in custody at the Kgosi Mampuru correctional services facility in Pretoria.

Meanwhile, the SA government confirmed on Friday it had sent an extradition request for the Malawian couple who fled SA last month.

The Malawian government previously said it would study the request and respond accordingly.

Magistrate Thandi Theledi had the court in stitches when she ordered the interpreter, as a formality, to call accused number four and five, pastor ...
News
1 year ago