Alcohol one of the usual suspects

Premier calls out selfish behaviour of those ignoring the rocketing numbers 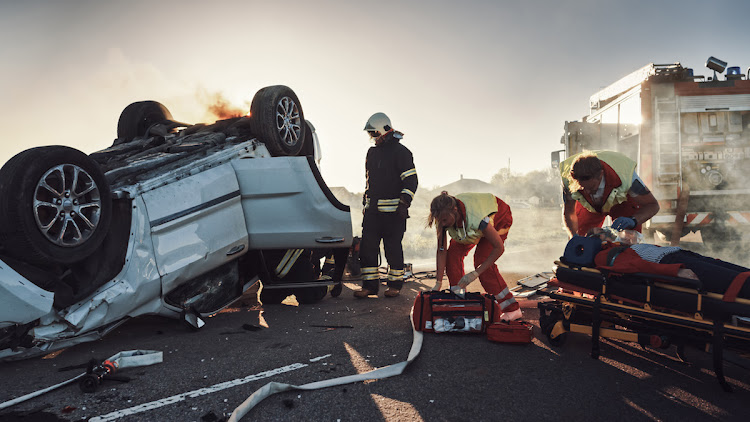 Premier Alan Winde says alcohol-related collisions and interpersonal violence are taking up beds needed for the sick as the Western Cape heads to the peak of its Covid-19 second wave.
Image: Supplied/N3TC

With a second Covid-19 wave battering the Western Cape, local leaders have lambasted citizens who put extra pressure on systems that already take strain over the festive season.

They include people who drink too much then cause road accidents and violence, people  who assault ambulance personnel, those who carry on partying as if there’s no pandemic, and taxi passengers who share masks.

Premier Alan Winde told his weekly Covid-19 media conference on Thursday: “Covid-19 is not taking a break this season and ... we are now officially in a second wave.

“So when you abuse alcohol and you end up taking trauma beds and affecting the capacity of health systems, it is not fair on our health workers. You are taking beds reserved for grandma and those experiencing difficulties while having the virus.”

Winde said oxygen and beds at hospitals should be “for those who need it and not those who are selfish and failing to adhere to the rules”.

Alan Winde has urged Western Cape residents not to attend social gatherings that could become superspreader events.
News
1 year ago

He cautioned against young people flouting the rules to mark the end of the school year, and said they may be asymptomatic if they get sick but nevertheless pass the virus on to vulnerable family members.

Emergency medical services have had to beef up personnel by 230 crew members. Health MEC Nomafrench Mbombo called out members of the public who assault team members when they arrive at emergency situations.

“It sickens us that EMS staff get assaulted. We cannot have a situation of staff members working so hard and being so tired from Covid-19, only to arrive at the scene of an emergency where they’re assaulted,” she said, adding that they are the first and most crucial responders at road accidents and cases of interpersonal violence.

We are moving towards a second peak, but this time we don’t have lockdown and an alcohol ban.

“Our staff come first. There is no health system with no health-care providers,” said Mbombo.

Provincial head of health Dr Keith Cloete said the Western Cape was starting to see similar numbers of infections to those experienced in June, a few weeks before the first Covid-19 peak in July.

“We are moving towards a second peak, but this time we don’t have lockdown and an alcohol ban and the positive affect of those on the health system,” he said.

He said there’s been a 55% increase in cases in the province over the past week, and that Cape Town's southern and western subdistricts were the most out of control.

The Garden Route is slowly stabilising but has had double the cases this time around compared to the first wave, and the next “big area of concern is the winelands”, Winde said.

Like Mbombo, Cloete emphasised how crucial health workers are but how they are being infected in unacceptably high numbers.

“We have had 204 cases in the past seven days, and three deaths in two weeks,” he said.

The worst hit is George Hospital, which is relatively small but where 49 workers have been infected.

Groote Schuur has had 43 and Tygerberg 40, yet it is five times bigger than George Hospital in terms of staff and beds.

Mossel Bay Hospital is small but has had 23 infections among health workers, he said, adding that they’re mainly getting infected in their communities rather than in the hospitals themselves.

Prof Shabir Madhi says it is clear that airborne transmission of the virus - and thus ventilation - are critical factors to consider as the second ...
News
1 year ago

The contract tracing system is also under major strain: “For every positive registered case, there could be three to five contacts. But as soon as you have a critical mass of more than 1,000 a day, then contact-tracing 5,000 people becomes logistically very difficult.”

Also, said Cloete, “There are multiple reports of people sharing masks in taxis, and this is a new phenomenon. A mask is worn by one passenger and then passed on to the next one who gets in.”

Alcohol part of the problem

He said another major concern was the affect of alcohol on trauma levels when the province could least afford it.

Recent stats showed that the alcohol ban alone had saved 21 South Africans a day from an unnatural death. Since restrictions were relaxed, there has been an upward tick in stabbings, gunshot wounds and deaths, motor vehicle collisions, and gender-based violence.

“So we have two epidemics colliding: as trauma from alcohol increases, it reduces our capacity for managing Covid-19. All alcohol-related trauma has to be reduced,” said Cloete.

Also to blame are those who are gathering in groups indoors, for example matriculants attending parties.

“A major issue is droplet spread,” he said. “Social gatherings are now the big driver where people get together, especially when indoors.”

Transport and public works MEC Bonginkosi Madikizela said this year’s festive road safety campaign was also more complicated than ever before because it had to include Covid-19 awareness and checks too.

“During this time of the year we see an influx of people into the province, but at the same time a number of people go home to the Eastern Cape. Our checks at public transport interchanges have shown us there is lockdown fatigue and people not wearing masks, so our road safety campaign is really dealing with both epidemics,” he said.

'Arrest them!': Cele tells police to crack whip on those flouting Covid-19 rules

Health minister Zweli Mkhize announced on Wednesday that SA has entered a second wave of Covid-19 infections.
News
1 year ago

The Eastern Cape Liquor Board has sounded the alarm over liquor outlets and patrons openly flouting health protocols as Covid-19 infections surge in ...
News
1 year ago