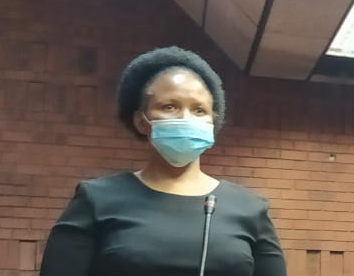 Brig Rosy Resandt appeared in court on Thursday charged with corruption and defeating the ends of justice in a R500,000 case linked to Shepherd Bushiri.
Image: Amanda Khoza

A senior police officer and her husband will appear in court again in February in relation to a R500,000 corruption and defeating the ends of justice case linked to self-proclaimed prophet Shepherd Bushiri.

The matter was on Thursday postponed to February 25 2021.

Brig Rosy Resandt and her husband Clifford Resandt appeared at the Pretoria magistrate's court, where magistrate Aubrey Mphahlele granted them bail of R15,000 each.

Rosy is based in the SAPS detective service's head office, under organised crime.

Before the court appearance, a SAPS statement said the couple had handed themselves over to Hawks investigators probing “criminal activities relating to prophet Shepherd Bushiri”.

“Their [the couple's] warrants of arrest were authorised yesterday [Wednesday] in relation to an amount of R500,000 that was allegedly paid to the brigadier. The investigation started as an inquiry and it was converted into a case docket in February 2020,” the statement read.

After the court appearance, National Prosecuting Authority spokesperson Sipho Ngwema outlined the allegations in the case. He said that Clifford, who is the “head of security for Shepherd Bushiri”, had been arrested on January 20, 2018, for “allegedly raping the wife's [Rosy's] niece”.

“An amount of R500,000 was transferred from the Shepherd Bushiri Ministries to Rosy's account on the 22 January 2018,” said Ngwema. Soon after, “the amount reflected in the parents of the child's home loan account”.

“The same day when the money reflected on the parents' account, the child dropped the charges against the husband. At the next court date, the matter was withdrawn from the court,” said Ngwema.

On Thursday, Mphahlele granted bail with strict conditions, which included that the couple do not go to any port of entry, do not apply for any travel documents, do not leave Gauteng and report to their nearest police station every Monday between 6pm and midnight. 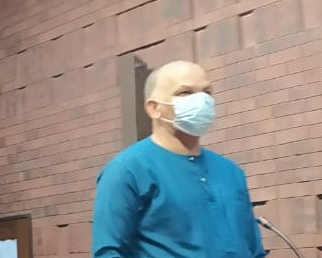 The couple’s attorney, Victor Nkhwashu, argued that his clients should be granted bail because they do not have previous convictions and because “there has been maximum co-operation between the applicant and the investigators”.

“They received a call on Tuesday for them to hand themselves over to the police by this morning, and we were there before 7am,” he said.

Nkhwashu said Rosy was employed by SAPS and earned a net salary of R30,000, while her husband Clifford, who was self-employed, earned an estimated R30,000.

He pleaded with the court to reduce the initially suggested bail amount of R20,000 to R5,000 each.

“We all know that the associates in this case have already left and a process of extradition has begun. We just want assurance that they will attend every court case,” said a state prosecutor.

The prosecutor was referring to the Malawian fugitive couple, who skipped the country last month.

The state did not oppose bail. However, it wanted assurance that the couple would adhere to the bail conditions.

This week the Malawian government confirmed that a process to get the Bushiris arrested had begun. This is after an extradition request application made by the South African government last week.

The couple is expected to appear at the Lilongwe High Court in Malawi on Monday December 14, where they are appealing their arrest. This is after they handed themselves over to the police in their home country after a notice was issued by Interpol.

The couple and three other accused — Willah Mudolo, his wife Zethu and Landiwe Ntlokwana — are all facing charges of fraud, theft and corruption to the tune of R100m.

The trio in SA is expected to appear in the Pretoria magistrate's court on Monday.

Magistrate Thandi Theledi had the court in stitches when she ordered the interpreter, as a formality, to call accused number four and five, pastor ...
News
1 year ago

The case involving fugitive couple pastor Shepherd Bushiri and his wife Mary has been adjourned to December 14, the Malawian government said.
News
1 year ago