WATCH | Chester Missing found after 30 hours stuck in an Uber 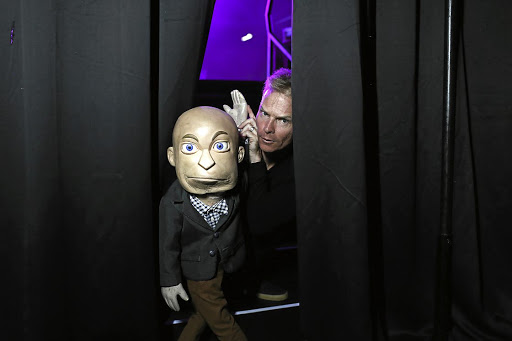 After having been stuck in the boot of an Uber car for 30 hours, the puppet was reunited with its owner, comedian Conrad Koch, on Saturday

Over the weekend, Missing took to Twitter to send an SOS, revealing he had been left in the boot of a car.

“You guys need to help me urgently please because I need to pee,” he wrote.

During the ordeal, Missing claimed he had "effectively been stolen" by an Uber driver and was using social media to try to locate him.

The e-hailing service said they were sorry for his experience and tried to assure him that he would be reunited with Koch. However, Missing was not happy with the service.

“Lies! If you were sorry, you would have made contact ages ago,” he told Uber.

“No, really I am still stuck in the boot of an Uber car for almost 24 hours now, and neither Uber nor the driver are hearing my screams as I suffocate. I don't breathe, but that's besides the point,” he said.

Hello Robot. You replied saying you doing jack all about the fact that I’m stuck in a Uber driver’s boot taking people around Cape Town. Thanks for nothing. https://t.co/aQQnngAqwc

Great news! @Uber_RSA has found me! I’m kidding, they don’t care. I’m in Harare now being used as a mop.

GTFOH you clowns. Nobody has made any contact at all. I am being used as a drug mule in Guatamala by now. You make Home Affairs look efficient. https://t.co/nq7BgLDvhP

After 30 hours, Missing tweeted that he had been found and safely returned home.

I’m found! Thanks to the excellent @Uber_RSA driver who looked after me, and no thanks to their crappy app. Here’s the video of me coming out after 30 hours in a bag. 🤬🤬🤬 pic.twitter.com/MEvGE1xK9h

This is not the first the puppet has gone missing.

In 2015, he made headlines when he vanished on an Air France flight from Canada to SA after attending the Just for Laughs comedy festival in Montreal. He was located in Paris‚ France.

“I have been locked in this suitcase for four days now and it's pissing me the hell off! Kermit wouldn't stand for this crap,” he wrote at the time.

The skit will have you LOL!
Politics
1 year ago

Chester Missing: 'So this puppet has a plot to end racism ...'​

Conrad Koch, the voice of Chester Missing, talks to Sue de Groot about why we can't talk about racism and why we absolutely must
Lifestyle
1 year ago

'If some can fake their mother's death, Zuma should be allowed to be sick': Chester Missing to Carl Niehaus

Chester Missing takes the mickey out of Carl Niehaus.
Politics
2 years ago