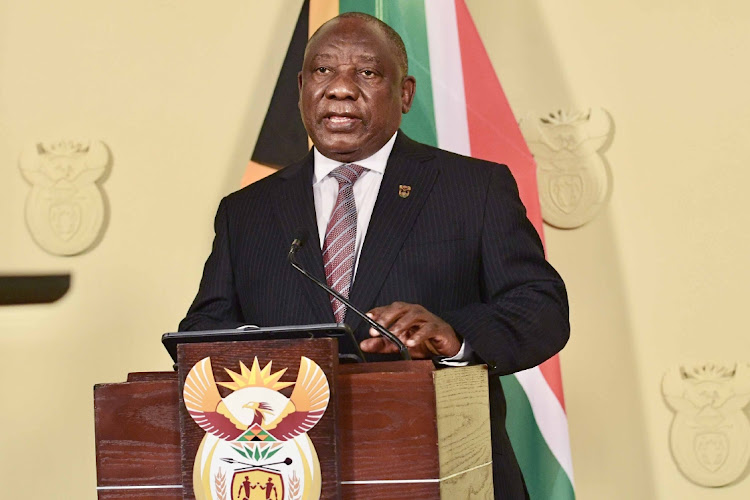 SA has weighed in on President Cyril Ramaphosa's address on Covid-19 developments in the country.

On Monday, Ramaphosa detailed the country's fight against the pandemic, announcing the closure of beaches in the Eastern Cape, Garden Route, and on specific days in KwaZulu-Natal.

Music festivals and live performances at beaches have also been prohibited with immediate effect.

“In the areas with the highest rate of infection, beaches and public parks will be closed for the duration of the festive season from December 16 to January 3. This will apply to all of the Eastern Cape, as well as to the Garden Route district in the Western Cape,” said Ramaphosa.

“In KwaZulu-Natal, beaches and public parks will be closed on what are traditionally the busiest days of the season. These days are December 16, 25, 26 and 31 and January 1, 2 and 3.

“The beaches and public parks of the Northern Cape and the Western Cape — with the exception of the Garden Route — will remain open to the public over the festive season.”

There will be no going to the beach this December for the people of the Eastern Cape and in the Western Cape's Garden Route — and beach days will be ...
Politics
1 year ago

He also tightened restrictions on alcohol sales and large gatherings, and extended the curfew.

Alcohol sales at retail outlets are restricted to Mondays to Thursdays between 10am and 6pm, with immediate effect.

The curfew, starting at 11pm and ending at 4am, applies to non-essential workers and will also be implemented on Christmas Eve and New Year’s Eve.

Large gatherings, including religious meetings, may not be attended by more than 100 people for indoor events and 250 people for outdoor events, said Ramaphosa.

“Non-essential establishments, including restaurants and bars, will have to close at 10pm so that staff and patrons can get home before the enforcement of the curfew.

“The curfew is meant to prevent gatherings that go on late into the night while enabling restaurants, bars, and taverns to continue to operate and earn an income.”

Ramaphosa said the festive season restrictions will be reviewed in early January, based on the state of the pandemic across the country.

Many said the restrictions would once again bring suffering. While others said it was a good move to curb the spread of the virus.

Here is a snapshot of what Mzansi had to say:

...if we make this one sacrifice, our days will be better! 💜

》Monday to Thursday sale of alcohol back!!
》11pm curfew back!!
》Some beaches to be closed!!#ramaphosa

People lost jobs, homes, cars, bonuses, increases, got pay cuts, and etc. Instead of worrying about these and making sure they don't happen, we are worried about parties and alcohol closing times. #ramaphosa

Interesting that Cyril Ramaphosa no longer mentions Cigarettes anywhere but only alcohol.

We failed to be responsible, we will be grounded. 🤞🏽#cyrilramaphosa pic.twitter.com/xBsBgaEqlX

This is the video that made Cyril Ramaphosa angry and caused for the closure of beaches in KZN , stop posting videos of you at groove guys, you'll post them next year 😂😂😂#familymeeting pic.twitter.com/sHiccU4rpL

Ramaphosa isn't afraid of anyone. The reason clubs or beaches will be closing in your province is because of the recommendation by your Premier & Ramaphosa clearly stated this last night.

Me trying to figure out how to celebrate New Years Eve with an 11pm curfew put in place #cyrilramaphosa #ramaphosa pic.twitter.com/QTASRo92Iz

President Cyril Ramaphosa on Monday tightened up national Covid-19 restrictions, including on alcohol sales and large gatherings.
News
1 year ago

President Cyril Ramaphosa announced on Monday that two other municipalities have been identified as hotspots and will face stricter restrictions.
News
1 year ago