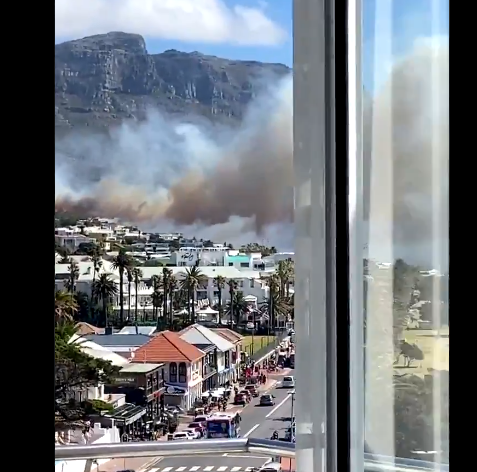 According to Jermaine Carelse, spokesperson for the city’s fire service, the blaze is under control.

“At 18 minutes to 3pm, a fire was spotted on Camps Bay. We have several resources as well as firefighters in the area, the fire is being contained.

“There is no danger to property at this stage but it's quite windy on that side of the mountain,” he said.

Carelse said the cause of the fire was unknown.

At 4.30pm he said the fire was between Bakoven and Camps Bay, above Victoria Road.

There are approximately eight firefighting appliances on scene, with 45 staff members attending to the blaze. Two helicopters and a spotter plane are water bombing the area.

“The area is stabilised,” he added.

Only Khayelitsha, Klipfontein and Mitchells Plain are better off this time around.
News
1 year ago

WATCH | 'You will never own one,' says driver of R5m McLaren after Cape Town crash

“You are never going to own one,” the driver of a McLaren 720S told a bystander who was mocking him for crashing the sports car, valued at more than ...
News
1 year ago