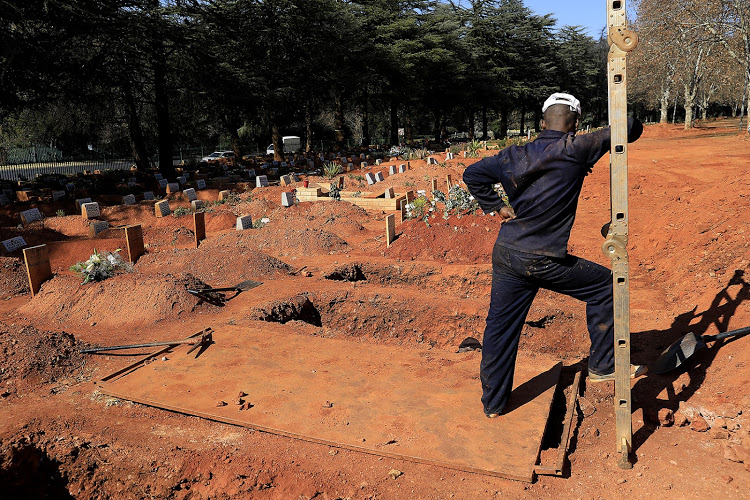 Excess deaths are on the up again as the Covid-19 second wave establishes itself.

In the week ending December 8, there were 2,543 excess deaths from natural causes compared with the number predicted based on historical data. The Covid-19 death toll in the same week was 723.

Between May 6 and December 8, excess deaths from natural causes totalled 56,607, said the Medical Research Council (MRC) team which has been tracking the statistics. May 6, two months into SA's Covid-19 outbreak, is when excess deaths were first recorded.

The Western Cape and Eastern Cape are bearing the brunt of the new wave of excess deaths, according to the MRC's latest weekly report.

“Natural deaths in the Western Cape and the City of Cape Town have increased rapidly during the week December 2-8,” they said.

“Deaths from natural causes in the Eastern Cape have continued to increase, with 1,656 excess natural deaths experienced in the week December 2-8.

Excess deaths in the Eastern Cape are back at the level they reached at the peak of the first wave of Covid-19.
Image: Medical Research Council

“This number is comparable with the number of excess deaths experienced at the height of the first surge in the province.

“Natural deaths in all the remaining provinces and metros were close to their predicted number.”

The sharp increase in deaths from unnatural causes - such as road accidents and murder - normally seen at the end of November had not materialised this year, the researchers said.

Do SA’s Covid numbers add up, and have we interpreted the data correctly?

A top virologist explains how, by looking at the stats in different ways, very different conclusions can be drawn
News
1 year ago

African ICUs have the world’s highest Covid death rate. Why?