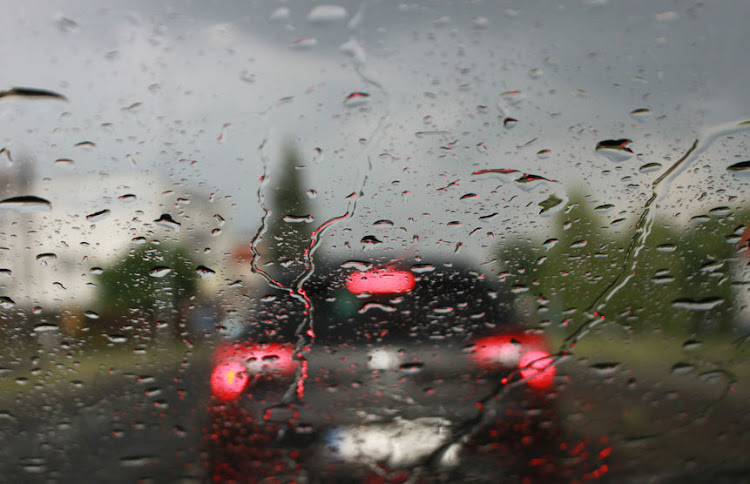 Other than the Western Cape and Limpopo, all provinces registered an increase in dam levels thanks to persistent rains in recent weeks.
Image: 123RF/maxshot

Vast parts of the country have been soaked with torrential rains that have changed the water situation drastically in recent weeks, SA's water department says.

“The current heavy downpours have increased Gauteng dam levels by 5% from 91.7% to 96.1% since the beginning of December,” said department spokesperson Sputnik Ratau. “The increased levels, which include the Vaal Dam, will bring much-needed relief to Gauteng water users who were worried about the state of low levels of the dam at the beginning of summer.”

The Free State tops the charts with its week-on-week dam level improvement, captured at 72.4% this week. This is a 7% increase compared to the same period last year when the dams stood at 65.2%.

In the Eastern Cape, the rains improved the province’s dam levels after months of dry conditions that left most regions scrambling for water. After plunging below half for several months, local dams this week were at 51% of capacity.

Said Ratau: “The latest weekly report by the department of water & sanitation shows that for the past two weeks dam levels have been on the rise at 1% a week. And with more rains expected in the run-up to Christmas, it is likely that the levels may soon soar to 55% and beyond, which will be remarkable.”

The 2020 wheat harvest is expected to be over 2.1-million tons, the largest since 2002
Business Times
1 year ago

In KwaZulu-Natal, the dry regions of Zululand and uMkhanyakude are receiving regular rainfalls that have drastically improved their situation.

Northern Cape and North West have also benefited from the recent good rains. The former recorded a whopping 7% increase from 87.7% to 94.2%. North West improved slightly from 63.4% to 64.1%. However, more thundershowers have been predicted in the province this week.

Two provinces have been the exception, though.

“The situation in Mopani and Mogalakwena districts is a great source of concern as some dams are scraping the bottom ... The Middle-Letaba Dam, which registered a measly 0.7% this week, the same as it was a week ago. The dam supplies Giyani and its sprawling villages.”

Glen Alpine Dam, which supplies several towns in the Waterberg District, including Mokopane, dropped from 6.5% 5.7% this week. However, the SA Weather Service predicted thundershowers for most parts of the province, giving hope that the water situation might improve by the end of the week, said Ratau.

In the Western Cape, total dam levels dropped from 77.2% to 76% this week. However, the figure reflects a 16% improvement compared with the corresponding period last year, he said.

Taps in Polokwane have run dry, with one of its main water sources, Ebenezer Dam, just 16.5% full.
News
1 year ago

Dams are back to very healthy levels, but the Day Zero nightmare could become the norm, say scientists
News
1 year ago