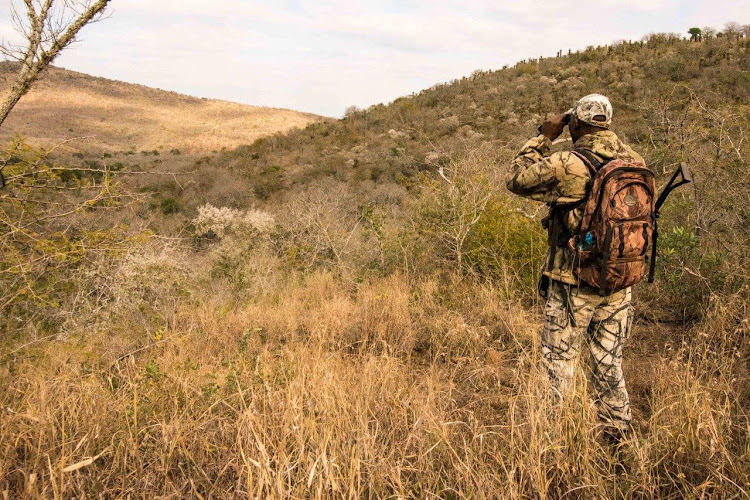 Human remains have been found in the Kruger National Park in Mpumalanga. File picture.
Image: Game Rangers Association of SA

SANParks on Friday confirmed human remains found this week could be those of a field ranger who went missing in the Stolsneck section of the Kruger National Park a month ago.

The body responsible for managing SA's national parks said items belonging to ranger Checkers Mashego were positively identified. A DNA test will ultimately determine whether the remains found on the scene were his.

Isaac Phaahla of SANParks said Mashego disappeared on November 17. A party that had been searching the area where he was last seen stumbled upon the items on December 17.

“The items include what is believed to be human remains and SANParks equipment used by field ranger Mashego,” Phaahla said.

Police, investigators and forensic services are still combing through the scene.

"[They are] combing the scene for any further clues that might shed light on what transpired,” Phaahla said.

Mashego's family has since been informed.

“Both environment, forestry and fisheries minister Barbara Creecy and SANParks CEO Fundisile Mketeni have expressed their concern for and support for the family in this very difficult time,” Phaahla added.

It was not immediately clear whether foul play had a hand in Mashego's death.

Police spokesperson Col Donald Mdhluli said: “An investigation into what transpired is in progress to reveal details about how the victim disappeared.”

Mdhluli said the body and items were found not far from where the 51-year-old field ranger was last seen by his colleagues.

Game guide killed after being gouged by elephant in Kruger Park

A young man who worked as a guide at the Thornybush River Lodge has died after an elephant gouged his leg and chest on Tuesday.
News
10 months ago

The double-murder trial of the alleged "Table Mountain killer" is set to resume next Monday in the Cape Town high court.
News
8 months ago

In an extract from Safari Nation, his social history of the Kruger National Park,  Jacob Dlamini writes about the  politics and prejudices at play in ...
Opinion & Analysis
6 months ago