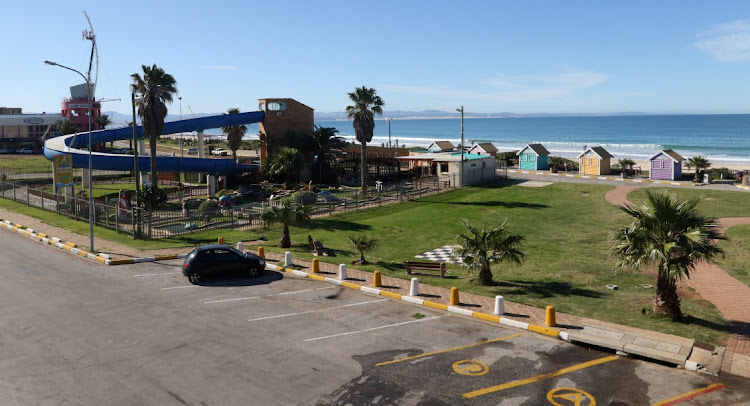 The government's beach bans in the Eastern Cape are not irrational, says high court judge Hans Fabricius, who on Wednesday dismissed three applications for the bans to be overturned.

“Of concern to me is ... that many 'facts' put before me [by the applicants] are largely hearsay and thus inadmissible. On the other hand, the government was guided by expert medical advice and opinions,” said Fabricius.

“There is no doubt that the state has a constitutional obligation to protect the health of its citizens or inhabitants.

Beaches in the Eastern Cape, Garden Route and KwaZulu-Natal will remain closed over key dates during the peak holiday period, after a high court ...
News
1 year ago

“The pandemic must be halted or its spread at least limited by all lawful and rational means. That is its role and it is only in exceptional circumstances that a court will not show deference to decisions made based on objective facts, such as the sudden spike in infections as a result of the coronavirus probably having mutated here and elsewhere in Europe and based on views of experts of international renown.

“Hospitals are already being overwhelmed, elective surgery has been cancelled and even younger people have now been found to be spreaders of the virus.”

In the Kouga case, where the municipality wanted an exemption while the rest of the Eastern Cape would still be subject to the regulation, Fabricius said: “No case has been made out for such an exception: the result would also be that there would be no restrictions in respect of the 70km  of coastline under Kouga’s administration, while there are restrictions for KwaZulu-Natal and Western Cape beaches.”

Knowing human nature “all too well”, this created the risk “that the public would flock to these areas and thereby most likely increase the spread of the new wave of infections substantially”.

“Visitors to beaches are usually not alone. They are mainly visited by families and groups sitting together. Communal transport is mainly used. Foot traffic in surrounding areas increases. Human interaction increases. Masks are often not worn.”

Fabricius said while it was true that a balance between health and economic consequence must be found, the restrictions imposed were for a limited period and the government's identification of hotspots in the Eastern Cape and on the Garden Route on the basis of medical evidence was not disputed in any replying affidavit by expert opinions.

“When the decision relates to a technical matter or a medical one, such as in these cases, a court must chair a matter of deference when assessing whether a decision is irrational. This approach must apply in the present cases where the government seeks to combat a pandemic and minimise its effects, and where a new wave of infections has seen a dramatic and disturbing increase in the curve.”

The DA has lost its court bid to overrule the government's decision to close Garden Route beaches for the December holidays.
News
1 year ago

In line with this, the government must ensure that the public health system and hospitals and clinics can cope, and that the risk of contracting and transmitting the virus must be reduced.

“I agree that these purposes are legitimate, urgent and necessary. I am satisfied that in the present cases the government acted on the basis of representations made and considered, including expert medical opinions. Representations from the hospitality industry were also considered ... I cannot find that in law the government was obliged to conduct further formal consultative processes,” he said.

Fabricius said a case was made that “the strain on public-health resources can and should be reduced by limiting movement of people during the festive season”, during which, he added, “for some strange reason, people seem to lack perspective and responsibility on a daily basis”.

A justifiable distinction can be made between hotspot areas as defined in the regulations and other areas less affected, said the judge.

“Though the applicants referred in their founding affidavits to the necessity for less restrictive means to be employed, none of substance were suggested so that they could be sensibly debated in their affidavits.”

On the other hand, the government was provided with advice and alternatives, which were debated, including by the premiers, before a decision was reached on the declared temporary beach ban in hotspots.

“I am satisfied that any infringement of rights is justifiable in terms of section 36 of the constitution, and that the relevant decision is not irrational or unlawful.”

No order as to costs was made.

Kouga municipality mayor Horatio Hendricks has warned residents and visitors, until the outcome of a court challenge, not to set foot on a 60km ...
News
1 year ago

One-third of guesthouses on the Garden Route indicate they have lost at least 50% of their bookings for the festive season.
News
1 year ago

Cape Town officials have claimed victory over police minister Bheki Cele after he shut down a film shoot on Camps Bay beach.
Politics
1 year ago