In May, a judge found she was dishonest, reckless and grossly negligent in her conduct as chair of SAA 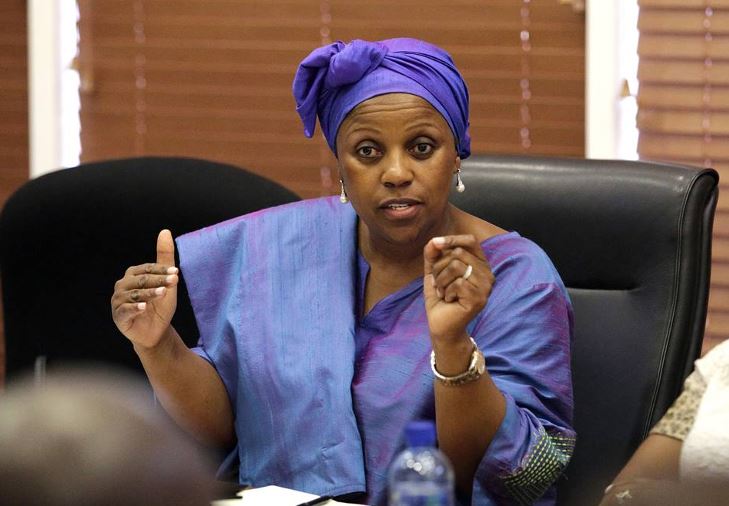 Former SAA chair Dudu Myeni has lost her bid to appeal the finding that declared her a delinquent director and must immediately step down from any directorships she holds.

These include her position on the board of Centlec, a state-owned utility that supplies power to several municipalities, and the Jacob Zuma Foundation.

In May, judge Ronel Tolmay found Myeni was dishonest, reckless and grossly negligent in her conduct as chair of SAA, which had been so profoundly mismanaged that its debts pose one of the biggest threats to SA’s fragile economy.

The case against her was brought by the Organisation Undoing Tax Abuse (Outa) and the SAA Pilots’ Association (Saapa).

Myeni, an ally of former president Jacob Zuma, attempted to appeal the findings against her, but failed.

On Tuesday, she was also ordered to pay the costs of both Outa and Saapa.

Tolmay also confirmed the ruling against Myeni was immediately enforceable, notwithstanding further appeals.

Myeni's lawyer Eric Mabuza told Business Day late on Tuesday that she had instructed him to approach the Supreme Court of Appeal.

In her application to Tolmay, Myeni argued she had not placed her version of events in court. Tolmay agreed but said she was “warned against this failure on numerous occasions” as she had chosen to stay away during trial.

Tolmay ruled: “The court could only decide this matter on the evidence before it. Ms Myeni made a conscious decision to present her case the way she did and decided not to be present for most of the trial.”

Outa CEO Wayne Duvenage welcomed the ruling: “Once again, Dudu Myeni has lost in court as she desperately seeks to undo the delinquent ruling against her. However, she has only herself to blame and needs to realise her conduct while chairing the board at SAA was out of line and had a significant negative impact on the airline’s performance.”

Outa said it will approach Centlec and the Jacob Zuma Foundation to ensure Myeni immediately steps down from her directorships.

Grant Back, who chairs Saapa, said while the ruling would not bring back the thousands of jobs lost at the state-owned airline, it found comfort in the fact that Myeni had been held to account by the court.

“SAA was put into its dire financial state and ended up in business rescue due largely to the delinquent actions of Ms Myeni. SAA’s employees have suffered tremendous hardship as a result of the failures in governance, gross incompetence and corruption that took place over the past eight years.”

Outa said on Friday that former SAA board chair Dudu Myeni had paid R118,291.94 - some of it in cash - for legal fees in its delinquent director case ...
News
1 year ago

From ‘buying fat cakes’ to ‘killing your child’: How Myeni and Kwinana justified flawed SAA decision

What do former SAA board members Dudu Myeni and Yakhe Kwinana have in common? They love the use of extreme analogies to defend an apparently dodgy ...
Politics
1 year ago