Monkey rescued from cage after being advertised for R5,000 on Facebook 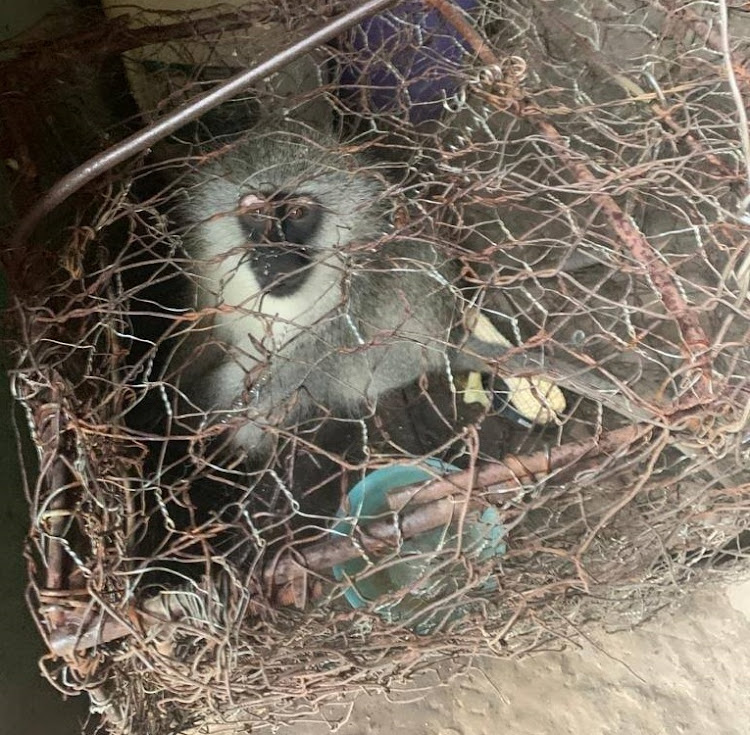 The Bloemfontein SPCA said the monkey was kept in a small rusted cage without any food, water or shelter in Tweespruit.
Image: Bloemfontein Spca

A monkey held captive in a cage was rescued after it was offered for sale for R5,000 on Facebook.

Bloemfontein SPCA inspector Duan Matthee said the monkey was kept in a small rusted cage in Tweespruit without any evident signs of food and water.

After being alerted to the online post, SPCA officials went to the farming town where, with the help of community members and the SA Police Service, they managed to track down the home where the animal was kept, Matthee said.

He said the perpetrator was a 21-year-old man who allegedly tried to sell the monkey for muti to traditional healers. When this failed to realise a buyer, he offered the monkey for sale on Facebook.

“When we found the young man in the house in Tweespruit, he was still sleeping. The police opened the door and asked the young man to show us the monkey. The monkey was found in a very rusted self-made cage.”

Matthee said the animal was confiscated from the home and taken to the SPCA offices in Bloemfontein.

He said they are in the process of opening a case of animal cruelty against the man.

The smell! SPCA seizes more than 100 animals from Greenside home

A Johannesburg homeowner could face criminal charges for the dreadful conditions she made animals live under in her home.
News
1 year ago

A Houghton homeowner has drawn the ire of the SPCA after it was discovered that two white tiger cubs were being kept as pets in the leafy suburb.
News
2 years ago