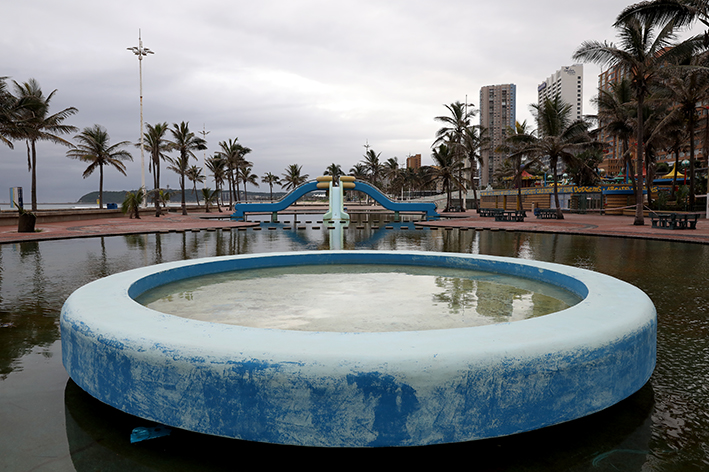 Beaches in Durban and other hotspot areas on the country's coastline will be closed over the traditional peak days.
Image: Sandile Ndlovu

Many on social media have welcomed the North Gauteng High Court's ruling against lobby group AfriForum's request to have the Covid-19 regulations regarding beach closures declared unconstitutional.

The group submitted the motion after President Cyril Ramaphosa's recent announcement that beaches in the Eastern Cape and the Garden Route would be closed from December 16 to January 3. Ramaphosa said this would help arrest the spread of Covid-19 as SA is experiencing a second wave of infections.

After lodging its court papers last week, AfriForum said the move to close beaches was unconstitutional and discriminatory. The group said the restrictions on access to beaches amounted to the restriction of basic human rights.

On Wednesday, the group said it was disappointed at the outcome, and encouraged the public to support local businesses during the festive season.

The Western Cape continues to report increases in infections, along with KwaZulu-Natal and Gauteng. Health minister Zweli Mkhize warned on Wednesday that the government may have to enforce stricter restrictions to curb further spread of the virus.

On social media, many said the court ruling would help prevent the spread of the virus. Here are some of the reactions:

These Beaches will be the end of us!😂

Have you seen the beaches in both Durban and Cape Town in summer?#Afriforum #COVID19

Afriforum and the DA lost their court cases against government regarding beach closures and we correctly did not attack their advocates.

Was it the Afriforum that wanted to go to the beach in the middle of a pandemic? Wow! 😂😂😂

Lol @afriforum had their sting with Pretoria High Court 😂

Afriforum is committed to being in opposition to everything. It’s always them whyling.

Supposedly it's a clever little virus, it knows when you are on the beach but doesn't know when you are in the mall.

Have you ever seen what the beaches look like during your average holiday season. How can you think it doesn't help?

Beaches in the Eastern Cape, Garden Route and KwaZulu-Natal will remain closed over key dates during the peak holiday period, after a high court ...
News
9 months ago

The DA has lost its court bid to overrule the government's decision to close Garden Route beaches for the December holidays.
News
9 months ago

Kouga municipality mayor Horatio Hendricks has warned residents and visitors, until the outcome of a court challenge, not to set foot on a 60km ...
News
9 months ago