'They are not coping': health-care staff take strain as coronavirus surges 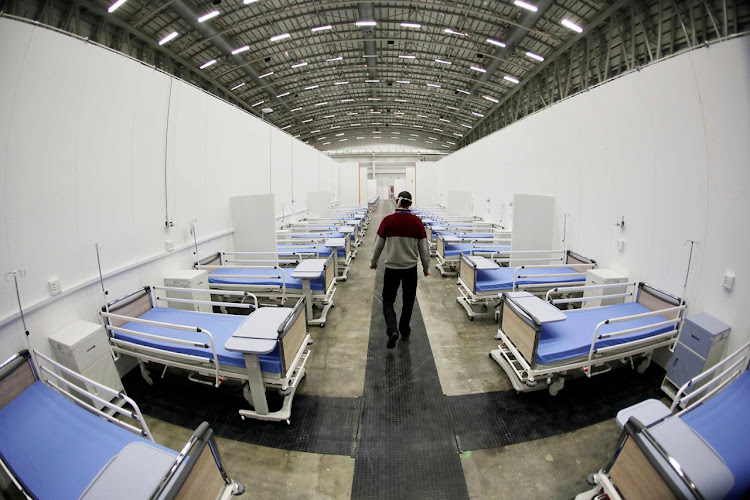 As Western Cape hospitals fill up with Covid-19 patients, provincial health authorities have established ethics committees to help doctors make clinical decisions about which patients should be admitted to ICU.
Image: Esa Alexander

Health-care workers are under severe strain trying to cope with the explosion of Covid-19 infections and deaths in the country.

“They are not coping and we are very worried about the lack of health-care personnel,  especially doctors,” SA Medical Association (Sama) chair Dr Angelique Coetzee told TimesLIVE on Thursday.

“Some doctors are on leave and the patient load at hospitals is quite high.”

She warned that having additional hospital bed capacity did not guarantee treatment. “If you have 100 beds and don’t have the staff, then you actually don’t have 100 beds.”

Highest ever single-day increase in Covid-19 cases, with more than 14,000 recorded in SA in 24 hours

With more than 400 deaths recorded in 24 hours for only the third time, health minister Dr Zweli Mkhize warns that current restrictions need to be ...
News
1 year ago

Health minister Zweli Mkhize raised the alarm on Wednesday evening over the rapid resurgence of the virus, confirming that SA had recorded more than 14,000 new Covid-19 cases in the space of 24 hours.

This was the highest single-day increase recorded this year. The previous highest was 13,944 cases recorded on July 24.

Mkhize said the second wave was spreading “much faster” than the first and warned “we will need to review the current restrictions and consider further measures to ensure that we curb this alarming rate of spread”.

There are 117,229 confirmed active cases across the country.

Coetzee said one way to relieve some of strain faced by health-care workers was to fill frozen posts at hospitals across the country.

She said Sama met the department of health in the Northern Cape on Wednesday and gave them a 24-hour deadline to fill 33 vacant posts at Kimberley Hospital.

“We were informed this morning that there were candidates that were previously interviewed for the posts and [they] will be filled before the end of the year.

“There is no way that you can still freeze posts in a pandemic. It is unacceptable,” she added.

TimesLIVE reported on Monday that as the virus spread in the Western Cape and hospital beds ran out, public sector doctors were being forced to make life-and-death decisions. They were applying strict criteria that could mean some Covid-19 patients would not be admitted to intensive care units (ICU) for treatment.

The Western Cape has 761 active infections among health workers, with 68 in hospital and five mortalities in the past fortnight. Ninety-four health ...
News
1 year ago