A Joburg petsitter robbed of clients by Covid-19 started filming her cats during lockdown. Now one is a soap star and another a world champion 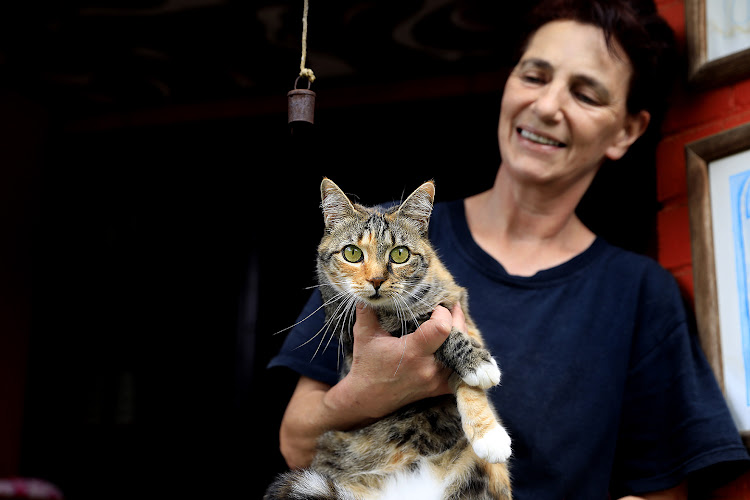 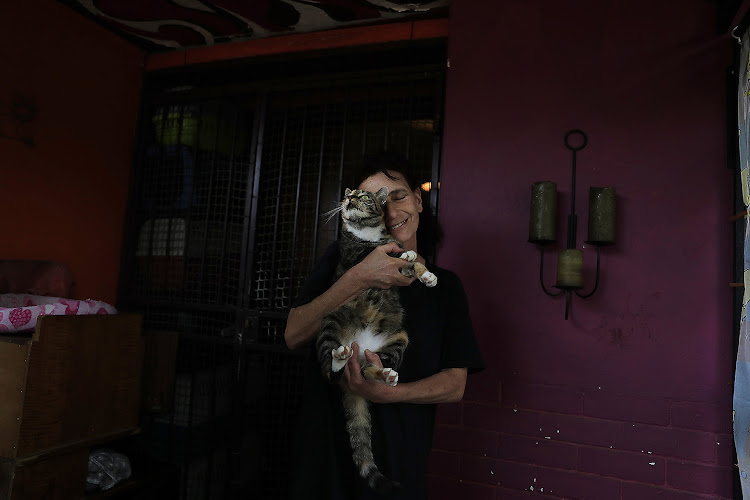 Apart from all its negative outcomes, lockdown had a few positive side-effects. One was unexpected fame for some of the rescued cats who live with Johannesburg cat activist Karen Beyers.

Beyers supports herself and her cats by looking after people’s houses and pets when they go away. She has a large client base but the travel ban was a huge financial blow and left her with a lot more time on her hands. She used this to teach herself video editing, a skill she’d always wanted to develop.

As her competence grew, Beyers began entering videos and photographs of her cats in virtual competitions. Small victories led to some renown and she was approached by an agent who supplies animals for commercials and film/TV productions in SA.

The agent was looking for a cat to join the cast of Generations for a few weeks. Beyers put forward a few candidates and the part was won by Riley, a blue-eyed, long-haired charmer who Beyers describes as “stunning, but also a bit psycho”. 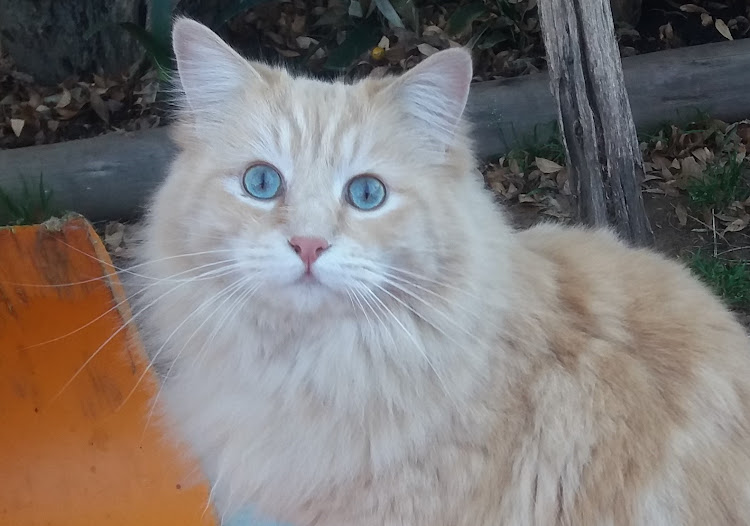 “He was lovely, very well behaved,” said Generations producer Inamarie Swanepoel of Riley’s time on set at the SABC studios in Auckland Park.

Mrs Northway made her last appearance on December 15, when she was put in a box after being poisoned by a jealous villain.

Riley, however, is alive and thriving. “No cats were harmed in the making of this show,” said Swanepoel.

While Riley grooms his whiskers and waits for casting calls, another member of Beyers’s feline family has achieved global success.

Sassy, rescued from a feral colony as a two-day-old kitten after her mother was killed, is this year’s World Champion Household Pet/Cat Companion in the biggest and most prestigious competition on the planet, run by the international Cat Fanciers Association (CFA).

Along with thousands of other hopefuls, Beyers entered stills of Sassy as well as a lively 30-second video of the multicoloured four-year-old leaping and playing. 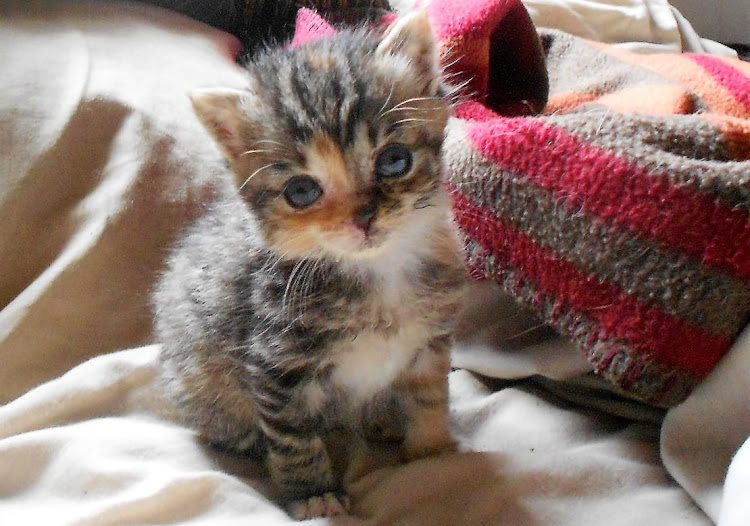 Sassy as a kitten.
Image: Supplied

Over several months, in round after round as others were eliminated, 40 judges from all continents voted Sassy high in all categories. On Monday Beyers heard that the once-scruffy little foundling she bottle-raised had been made Top Cat.

Like Sassy, Riley came from humble beginnings. Beyers rescued him from an overcrowded shelter where hundreds of sickly cats and dogs were crammed into wire enclosures on a dusty plot. His siblings were homed elsewhere but Karen decided to keep Riley and his brother Rogan.

She scaled back on rescue operations to focus on her petsitting business, but Beyers is still active in educating people about the care and control of feral colonies.

“Small colonies of feral cats can function well in some places and they keep the rat population down,” she said. “But it doesn’t help just to feed them; that makes the problem worse. They need to be fed, but they must also be trapped and sterilised. Many vets will do this at a discount and the cats can be set free again in the place where they’ve made a home. If there are kittens, they should be removed after they are weaned from their mothers, so they can be domesticated and homed.”

Not all formerly feral kittens turn into world champions, of course. And the award will not solve Beyers’s financial problems. Many clients have cancelled their holidays due to the surge in Covid-19 and her bookings for December are way down. But her new venture has brought stardom to her furry charges and joy to cat lovers everywhere. 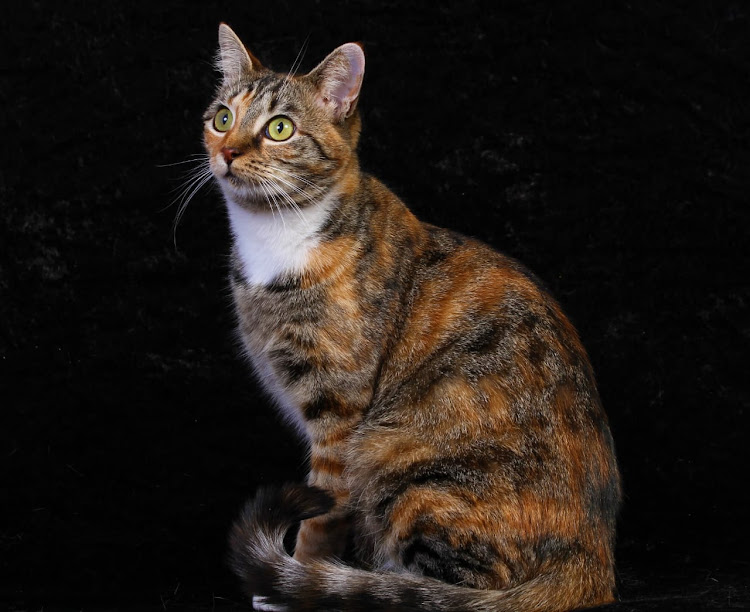 Praise from the CFA judges was overwhelming. Elaine Gleason from the US said of Sassy’s video: “Her antics made me laugh out loud every time I watched. She won my heart.”

Another US judge, Marilee Griswold, said: “I loved seeing a cat just being a cat and having such fun.”

This was echoed by Australian Gary Leach: “This is a cat you have to see performing. I knew from her photos she was beautiful, but seeing her in action made me realise she was also crazy and vibrant. She flies in the air like a ninja.”

Johary Gomez, a judge from Portugal, said: “When this show is finished, I need that video. Everybody needs to see that video. It was so funny and so beautiful to me because I perceive that she is such a happy girl.”

Christmas has come early for some animals celebrating their first Yuletide holiday at the Australian Reptile Park.
News
8 months ago

Existing debt, lack of cash reserves, outdated financials, no access to relief funding and an inability to operate during the lockdown forced the ...
News
9 months ago

Some, however, have lost their jobs, and the needy children with whom the company works have suffered
News
11 months ago