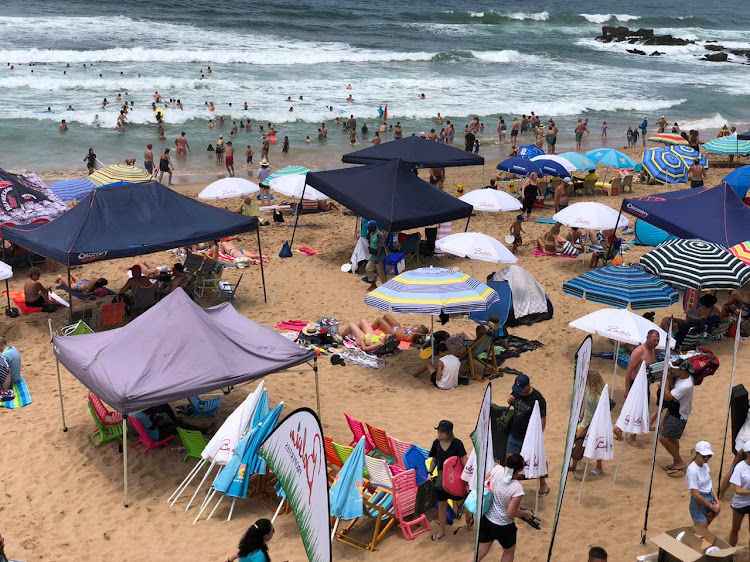 All SA beaches are closed with an exception of Northern Cape.
Image: Paul Herbst

SA’s largest province, the Northern Cape, became a top trend on Twitter on Tuesday after the announcement that it is the only province whose beaches will be open under lockdown level 3.

President Cyril Ramaphosa on Monday announced SA would move to level three to arrest the spread of Covid-19. His announcement followed that of the health ministry, which said the country had surpassed one million cumulative Covid-19 cases.

Explaining the new regulations on Tuesday, co-operative governance and traditional affairs minister (Cogta) minister Nkosazana Dlamini-Zuma said: “The beaches are closed in the Western Cape, in the Eastern Cape and KZN. They are closed for everything except for fisherman. Northern Cape is the only place where people can go to the beach.”

According to the regulations: “Beaches that are open to the public in non-hotspots (i.e. Northern Cape) shall only be open between 06H00 and 19H00, and be monitored for compliance with all health protocols and social distancing measures.

“The closure of beaches and restrictions on times of operation do not apply to fishermen for fishing purposes, who are in possession of a permit or exemption granted in terms of the Marine Living Resources Act.”

Reacting on social media, many said they would move to the province during the festive season to enjoy the beach.

Some admitted they didn't know the Northern Cape was a South African province, while others said they were unaware the area had beaches.

I'm relocating to the Northern Cape.

The beaches in Northern Cape are as far as Joburg is from Durban from its CBD and popular areas.

That’s why people from Northern Cape don’t even talk about their beaches.

I had to go look at the map when they said the Northern Cape beaches are open.
I thought they were trolling us :(

If you did tourism in highschool you'd know Northern Cape has a beach. pic.twitter.com/rVYawjU4V7

Who wants to drive with me to the Northern Cape? We’re leaving tomorrow

Kanti we have Northern Cape in South Africa?😅 pic.twitter.com/e8dCJtAIxY

Won’t lie, didn’t know the term ‘Cape’ means ‘land projecting into a body of water’ 😅 I thank Twitter for the education shem. Definitely didn’t think Northern Cape had a beach💀 I think of Kuruman when people say Northern-Cape

Beaches and parks — here's what is permitted under revised level 3

Beaches in areas not viewed as Covid-19 hotspots will be open to the public and licensed fishing is permitted, says Cogta minister Nkosazana ...
News
11 months ago

The rules: Five ways your life may change under lockdown level 3

SA has moved to an adjusted level 3 lockdown as the number of Covid-19 cases soars past the one million mark, changing the way that many will ...
News
11 months ago

Enhanced enforcement will be required because of, among other things, the 9pm to 6am curfew and the ban on sales of alcohol.
News
11 months ago