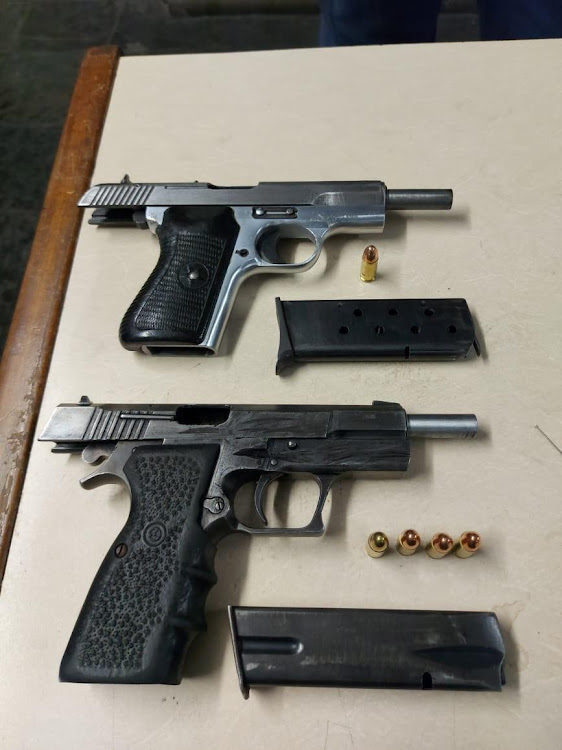 Police in Khayelitsha in the Western Cape seemingly scuttled the nefarious plans of two armed suspects roaming the streets of Mandela Park on New Year's Eve.

According to a SAPS statement, “while law abiding citizens were confined to their homes” the pair cruised the streets in the early hours of the morning in a hired Nissan Almera.

That is until they were spotted by members of the provincial integrated team, who were out in full force conducting a crime operation.

“The suspects were pulled over and a search of their vehicle led to the discovery of two unlicensed 9mm pistols and ammunition.”

The suspects, aged 25 and 26, are expected to make a court appearance in Khayelitsha on Monday.

They are charged with an offence in terms of the Disaster Management Act and for possession of unlicensed firearms.

President Cyril Ramaphosa wished South Africans “a happy and healthy 2021” in his New Year message after a difficult year rocked by the coronavirus ...
Politics
9 months ago

New Year's eve in Kathu, Northern Cape, was an uneventful one - especially with the new lockdown regulations
News
9 months ago

A recent social media remark was that 2020 had been the longest 12 years of our lives - which is not far off if you recall everything that happened.
News
9 months ago