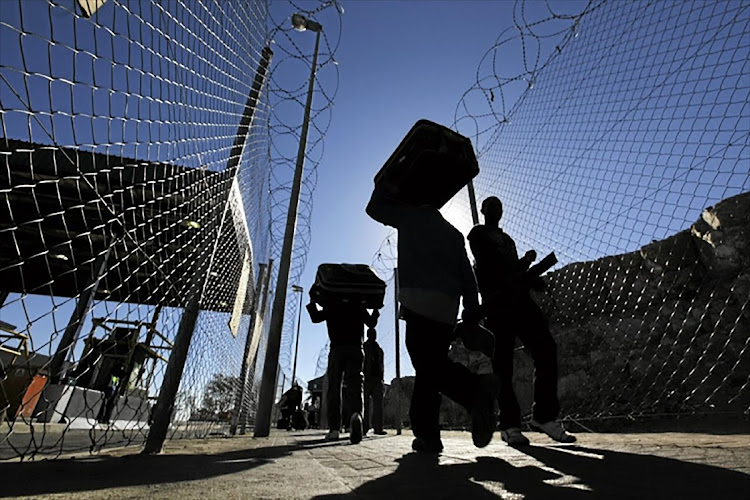 The Limpopo department of health has identified 18 cases of fake negative Covid-19 test results being produced at the Beitbridge border post by people attempting to enter SA.

Health MEC Dr Phophi Ramathuba told TimesLIVE that there were syndicates illegally selling negative Covid-19 results to those wanting to enter the country.

“Anyone entering or leaving the country needs to produce Covid-19 test results that are not older than 72 hours; especially when someone is wanting to come back into our country, that is now where it becomes our problem — we cannot allow anyone back in who does not produce these negative results to enter the country, be it if they are returning to SA or entering.”

SA will not allow any traveller into the country without a valid Covid-19 test, says Aaron Motsoaledi.
Politics
1 year ago

She said suspicions arose that people were obtaining fraudulent results when health officials began questioning people about their tests.

“With the first suspected fraudulent case, one of our nurses asked the person how the test was conducted and they replied that they had blood samples taken. We then knew that it was fake because with Covid tests they take swabs and not blood samples — that's when we realised we are in trouble because that started to raise eyebrows.”

She said she was alerted to these fake cases on Friday.

“They called me and I told them that we needed to retest that person. We retested them and the result came back positive, that's when I took the decision that everyone entering and returning would need to be retested. We had 17 fake cases yesterday and one today (Saturday).”

She said her department took a firm stance to turn away anyone who produced fake results.

“We are not going to waste our resources if we retest you and you are positive. We will ask immigration offices to decline your entry, you will not be allowed access to SA and must go back to where you are coming from.”

Ramathuba said she was frustrated because one of the cases was that of a truck driver who produced fake results.

“We understand if you are a normal person trying to con your way into the country, but a truck driver? Where are your bosses? How can they allow you to go to the street and buy fake results — just because they don't want to send you for a test? That is frustrating. We as government need to work with the private sector in combating Covid-19 and yet there are certain business individuals that want to see profits over lives.”

The MEC said her team would closely monitor the situation and had set up four mobile testing centres to speed up procedures at the border post.

These fake Covid-19 test results could spell disaster and result in further major delays, mirroring those of last week.

Last week major congestion was experienced at the Beitbridge border post with some travellers spending three nights at the border post known as the gateway to Africa.

Home Affairs minister Aaron Motsoaledi set the record straight on Wednesday when he said there were extremely high volumes of travellers crossing the border back into SA.

Motsoaledi had been outlining the government's Covid-19 intervention procedures as the country expected high volumes of people to return to SA between January 2 and 14.

Here are five key takes from Motsoaledi's briefing on Wednesday.
Politics
1 year ago

Transport and road freight organisations on Wednesday asked the government for a public-private partnership to prevent a repeat of the chaos at ...
News
1 year ago

Chaos at Beitbridge 'could have been avoided': Road Freight Association

The delays at the Beitbridge border post in recent weeks, during which some people died, should never happen again, the Road Freight Association said ...
News
1 year ago