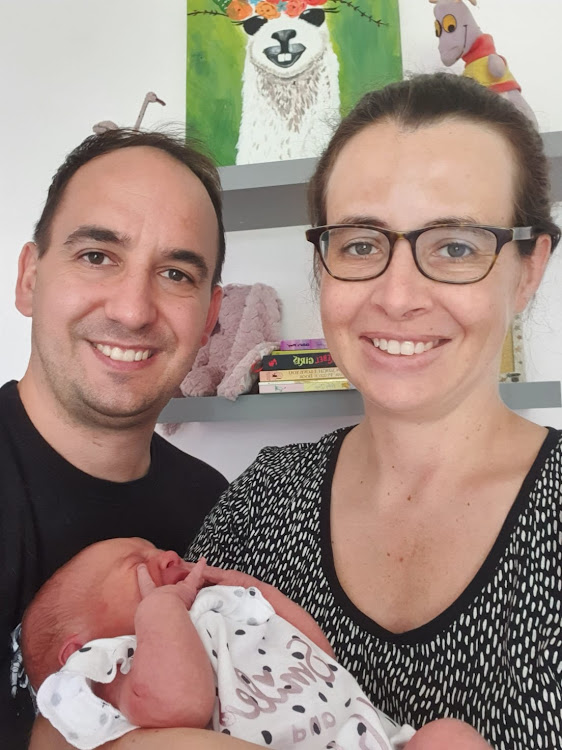 A Johannesburg mother is encouraging soon-to-be moms to explore the idea of giving birth at home.

Belinda Germeshuizen, 36, was just one of hundreds of SA women who gave birth on New Year's Day.

According to statistics now available from provincial health departments, at least 344 babies were born on Friday across the country.

Speaking to TimesLIVE on Saturday, Germeshuizen said she welcomed the birth of her healthy baby girl — Abigail — together with her husband, Victor, 35, shortly after midnight on New Year's morning.

Belinda said the experience and intimacy of giving birth to her daughter, who weighed in at 3.45kg, at home was a very positive experience, since the thought of going to a hospital was daunting.

“It was something that we hadn't really planned per se, other than selecting a midwife — which was very much part of the plan. We initially thought we would go into labour at hospital, we had a doula and a midwife and the idea behind that was to have a birthing process that would allow us to have more options.”

Despite being overwhelmed at times, she said a home birth was a very viable option.

She said the fact that her husband could be there throughout the birthing process was a privilege that a home birth allowed.

“In the hospital Victor would have had to leave within an hour of me giving birth, so that was a massive privilege during Covid times, the fact that my husband could be there and stay with us.” 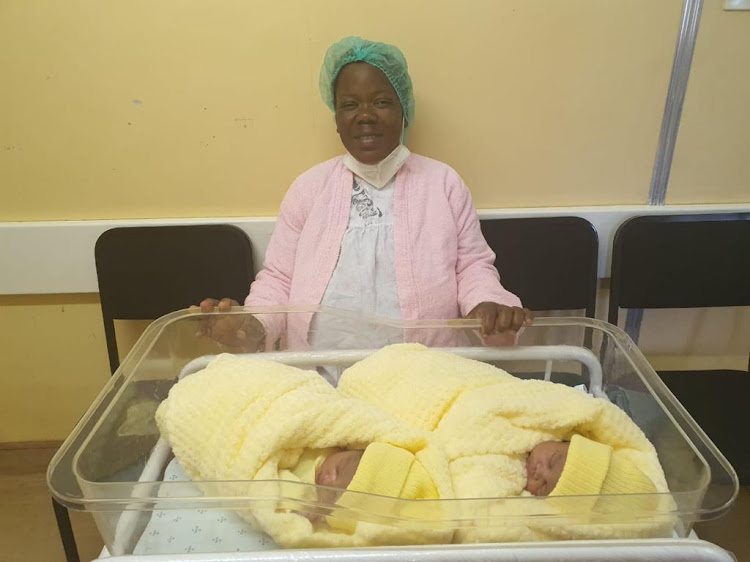 In KwaZulu-Natal, Hlezi Nkosi, 40, and Zama Majola, 20, became the province's first mothers of New Year’s Day babies after giving birth to boys on the stroke of midnight, at Itshelejuba and Northdale hospitals respectively, in Pongola.

Though still nursing post-labour pains, she spoke briefly to the KwaZulu-Natal department of health, thanking the staff of Nkonjeni Hospital for helping her deliver her special New Year’s Day babies, who she named Siyamuthanda and Lethukuthula.

“I’d like to convey a word of thanks to the staff of Nkonjeni Hospital. They were very supportive, and had a spirit of co-operation with me. I gave birth successfully because of them. Even when it was difficult, they kept encouraging me, and asking me to be strong and push. They were very good,” she said.

In a year where sudden, suffocating deaths due to Covid-19 hit many South Africans, joy paid a visit to 54 KwaZulu-Natal families in the form of new ...
News
1 year ago

5 faves who came out of lockdown with babies

A whole new generation of star children are born!
TshisaLIVE
1 year ago