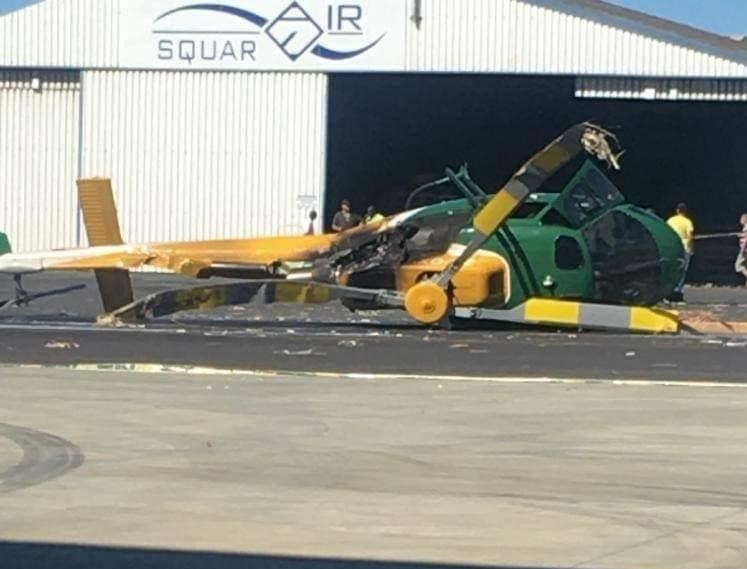 SA National Parks (SANParks) will launch a full investigation to determine what caused one of its helicopters to crash while attempting to take off in Cape Town on Saturday.

In a statement SANParks said it's Airbus AS350B-3+ (Squirrel) helicopter was damaged after losing control during take-off from Cape Town International Airport on Saturday morning.

“The pilot who was flying alone during the incident only suffered minor injuries and received medical attention. The aircraft is based in Cape Town to assist with aerial law enforcement and conservation management operations in the Table Mountain National Park and surrounding areas.”

It said the SA Civil Aviation Authority (CAA) and the relevant law enforcement authorities had been notified of the accident.

* In 2018 a spate of violent attacks took place in Table Mountain National Park.

Blessing Bveni, the man accused of killing two men and stabbing multiple others in such attacks was found guilty on 10 counts, including double murder, in the Cape Town high court in December.

He was found guilty of stabbing to death pilot Doug Notten on January 28, 2018 while he was walking with his wife on the mountain near Fish Hoek.

Bveni was also found to have murdered cyclist Ian McPherson on March 13 2018 while he was riding his new mountain bike on a footpath just a kilometre from where Notten was killed.

A 57-year-old man died when his paraglider crashed on Lion's Head in Cape Town on Wednesday afternoon.
News
1 year ago

Female hiker dies after collapsing during ascent of Table Mountain

A female hiker died while climbing Table Mountain on Saturday.
News
1 year ago

A ruthless extortion racket has taken root, and the gangs are becoming more efficient by the day
Opinion & Analysis
1 year ago