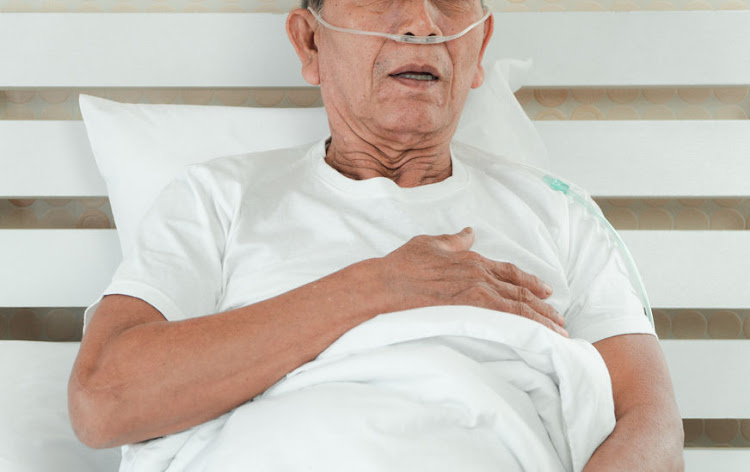 The Western Cape is using 76 tonnes of oxygen daily in the combined public and private health sectors, up from a peak of 27 tonnes during the first wave of the pandemic last year. Stock photo.
Image: 123rf/Prot Tachapanit

The Western Cape has begun importing oxygen from outside the province to help deal with the peak of its Covid-19 epidemic, provincial head of health Keith Cloete said on Tuesday.

In addition, military doctors and nurses are being seconded to help cope with the increase in hospital admissions, and military transport is being used to help transfer patients to facilities.

Speaking at the province's first Covid-19 media conference of 2021, Cloete said the interventions were required to help bolster health-care infrastructure, which is holding steady in the face of a second wave of Covid-19 cases — expected to peak this week.

The latest figures suggest the new caseload graph is at least starting to flatten, with the Garden Route already past its peak.

Cloete said the province has enough hospital beds to deal with admissions despite a shortage of health-care personnel, of whom about 3% are infected.

The province is using 76 tonnes of oxygen daily in the combined public and private health sectors, up from a peak of 27 tonnes during the first wave of the pandemic last year.

The public sector alone requires 48 tonnes of oxygen, Cloete said. Fortunately, the main supplier, Afrox, had put plans in place to bring in additional supply, with a total available supply of 95 tonnes.

“We now have five bulk oxygen tankers allocated to the Western Cape to help us to manage that, with regular daily deliveries from the Eastern Cape,” Cloete said.

The additional military health-care personnel will be deployed to areas most in need, notably Paarl and Worcester. Cloete said the military would also be helping the province’s law enforcement teams: “Our teams are working out the details with them,” he said.

Hospitals in the Overberg district are under the most resource and new patient pressure.

Across the province there are 3,289 Covid-19 patients in hospital, with Cape Town metro hospitals at an average 99% occupancy. Additional beds have been provided, including 136 intermediate care beds, although these depend on staff availability.

“This additional capacity is helping relieve some pressure but our platform remains under pressure, especially in the critical care wards,” Premier Alan Winde said in a statement. “We are also experiencing significantly more deaths in the second wave than we did in the first wave.” 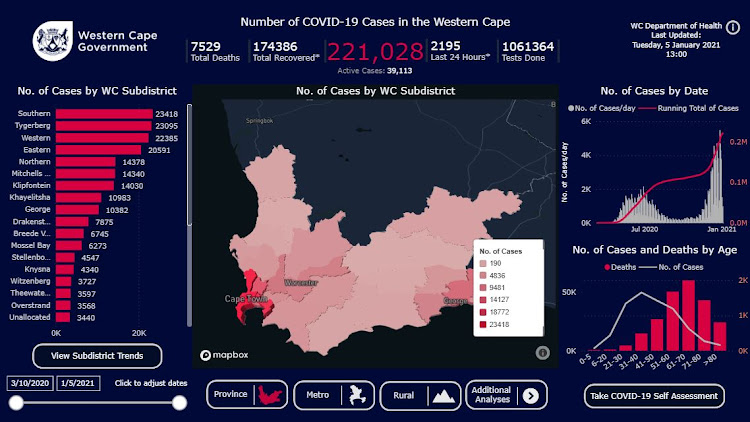 There has been a marked increase in second wave cases, due largely to the virulence of the new virus strain. However the rate of increase has started to decline in some districts, suggesting the second wave is entering the peak phase and will soon start to decline.

Said Winde: “Together this points to the Western Cape nearing a peak of the second wave, and very early signs of stabilisation – although it is still early to be certain.

“With that said, our healthcare system still remains under extreme pressure, as this new, more transmissible variant has resulted in significantly more hospitalisations than was experienced in the first wave.”

Winde confirmed the province is finalising its plan to implement a Covid-19 vaccination programme, and will obtain its own vaccine supply if necessary to speed up delivery.

Although the vaccination programme is being led by the national government, the province will  do everything within the legal framework to expedite the rollout, Winde said.

“I myself am really working hard to find vaccines that we can bring into the system as quickly as possible. If I can find supply earlier and quicker then that is what I will do,” he said.

Western Cape health MEC Nomafrench Mbombo paid tribute to healthcare workers and paramedics. “I want to emphasise the role played by paramedics. They are the first contact for the person who needs to go to hospital, especially in rural areas where there are no other forms of transport to take people to hospital,” Mbombo said.

She said paramedics also had to work under difficult circumstances, and were sometimes targeted by criminals.

Long Covid: who is at risk?

For most people, infection with SARS-CoV-2 – the virus that causes Covid-19 – leads to mild, short-term symptoms, acute respiratory illness, or ...
News
1 year ago

'We were caught napping': Experts doubt government will get early Covid-19 vaccines

SA's plan to acquire an initial supply of Covid-19 vaccine by February is improbable and not feasible, say health experts.
News
1 year ago

As South Africans battle to breathe and flood emergency wards, scenes reminiscent of the first wave of the pandemic that caused hospitals in Italy ...
News
1 year ago