Foreign nationals believe grass is greener on South African side

Migrants risk all to cross borders 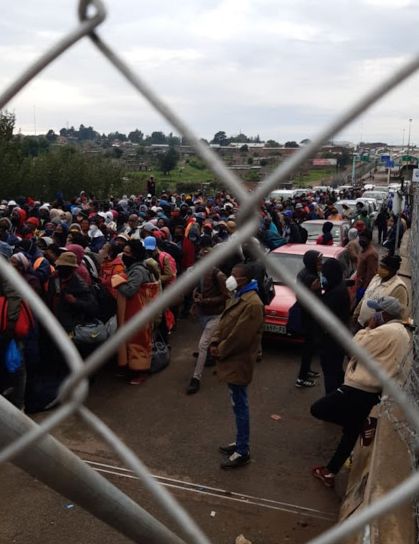 Lesotho nationals crowd the border as they return to SA.
Image: Twitter

The South African economy and better prospects for employment are leading foreign nationals to flock to the country.

Last week authorities reported that seven people had drowned in the river while trying to illegally cross to SA from Lesotho.

For the full story visit SowetanLIVE.

Citizens are desperate, with some offering to ‘pay any price’ for information on hospitals with beds, ventilators
News
1 year ago

Here are five key takes from Motsoaledi's briefing on Wednesday.
Politics
1 year ago