Why SA stowaway risked his life: Themba Cabeka on perilous journey to the UK 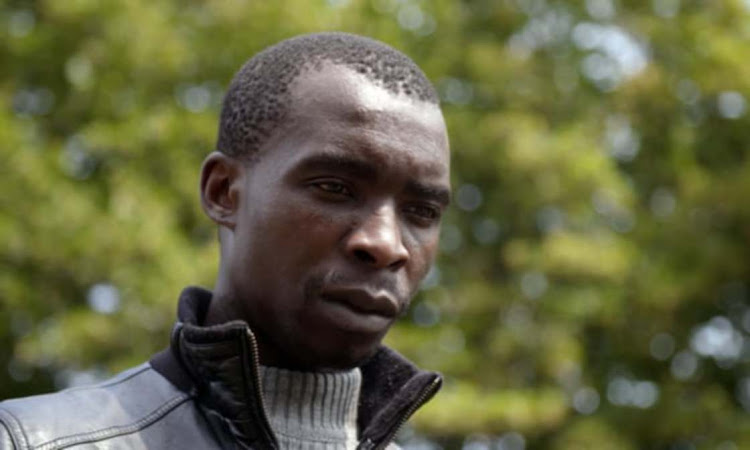 Themba Cabeka, who now goes by the name Justin, survived stowing away on a flight from Joburg to London in 2015. His story is told in the documentary 'The Man Who Fell From The Sky'.
Image: POSTCARD PRODUCTIONS

Themba Cabeka was homeless and desperate when he and a friend climbed inside the landing gear recess of a British Airways flight from SA to the UK in search of a better life.

The South African man’s harrowing journey in 2015 from OR Tambo International Airport to Heathrow Airport, freezing and starved of oxygen, was revealed in a documentary broadcast by Channel 4 to viewers in the UK on Monday.

His friend Carlito Vale fell to his death when the aircraft approached Heathrow Airport to land.

Cabeka spent months in hospital recovering from the ordeal and healing a shattered leg.

A stowaway who hid in the undercarriage of a British Airways flight from Johannesburg to London and survived, after months in hospital, will speak ...
News
1 year ago

Writing about the documentary, titled The Man Who Fell From The Sky, The Guardian shed light on why the pair risked their lives.

“Everything was falling apart, so we decided, ‘Let’s get out of the country. Let’s go somewhere else,’” the publication quoted Cabeka as saying.

Cabeka was raised by his grandmother, who died in 2009 when he was about 14 years old.

He met Vale on the streets and they lived in a tent. Vale had grown up in an orphanage in Mozambique and ended up homeless in SA.

“@Austynzogs: The stowaway, Themba Cabeka, 30, who has now been given asylum in Liverpool and adopted a British name, Justin, with Channel 4 producer Rich Bentley who tracked him down to a flat in Liverpool for a documentary: The Man Who Fell From The Sky. https://t.co/BIp97s3y2m pic.twitter.com/aYiwNe6KTe

The Daily Mail reported Cabeka did not know his father and was abandoned by his mother as a baby. He ended up living in an informal settlement near OR Tambo International Airport.

Having to beg for food and money, emotionally broken by the violence he had witnessed and realising his life was going to waste, he and Vale decided to leave SA.

The publication reported Cabeka had applied for asylum to stay in the UK and was granted leave to remain in the country. He now lives in Liverpool and goes by the name of Justin.

The Guardian reported that after being homeless for a while in London, Cabeka had settled, made new friends and was attempting to forge a career in hip-hop.

Foreign nationals believe grass is greener on South African side

The South African economy and better prospects for employment are leading foreign nationals to flock to SA.
News
1 year ago

The SA Maritime Safety Authority (Samsa) is working with police in their investigation into an incident in which two stowaways were apparently thrown ...
News
2 years ago

The man who fell from a plane as it was approaching London's Heathrow Airport could have climbed into the landing gear on an earlier flight from SA ...
News
2 years ago