Kataza the baboon must make it to Tokai by Monday, or face 'intervention' 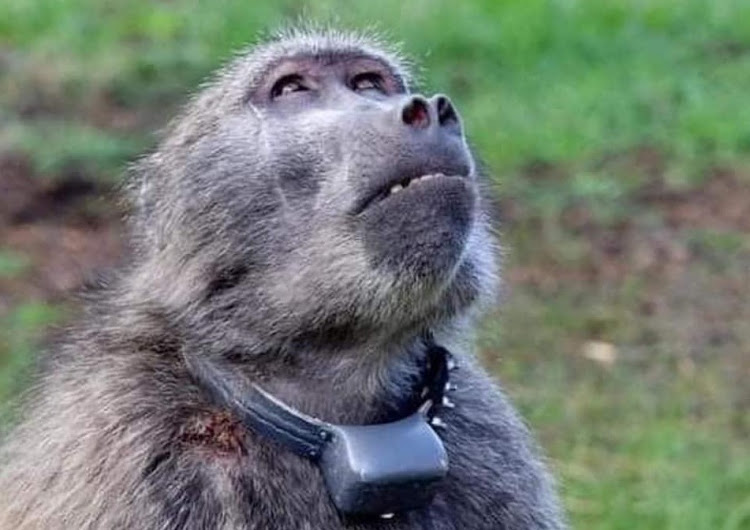 Time is running out for Kataza the baboon, says the City of Cape Town.
Image: Sally Sivewright

Cape Town’s celebrity baboon, Kataza, has three days to make it across the mountain - or else.

The City of Cape Town on Thursday said it was closely monitoring the chacma baboon officially known as SK11, which is currently wandering the mountain slopes near Simon’s Town.

The council has branded the male a problem animal because he was expelled from his troop and has failed to integrate into another. As such he is considered a nuisance, prone to raiding refuse bins in the suburbs.

Last year, baboon managers relocated Kataza from one side of the Cape peninsula to the other - from his “home troop” in Kommetjie to Tokai – in the hope of him making new friends. When this failed he was relocated back to Kommetjie, but to date remains an outcast.

The city now says Kataza has one last chance to integrate in Tokai. Failing that, it will be  forced to intervene.

A row over a Cape Town baboon has escalated into a criminal case after a city official was threatened and his property vandalised in a retaliatory ...
News
5 months ago

“The City of Cape Town met with the Cape of Good Hope SPCA on Tuesday about SK11 – the male chacma baboon colloquially known as Kataza,” the council said in a statement.

“The discussion concerned SK11’s raiding behaviour and alternative solutions, seeing that he has failed to integrate with his natal Slangkop troop in the Kommetjie area since his return on November 12 2020.

“During the past two days he has moved from Capri to Da Gama, and has on occasion tried to cross Ou Kaapse Weg in the direction of Tokai.

“Should he reach Tokai on his own accord by Monday January 11, SK11 will be afforded the opportunity to integrate and his raiding behaviour will be monitored.

“In the event that SK11 does not reach Tokai by January 11 , further intervention will be required.

“An application to CapeNature, as the mandated authority in terms of the nature conservation ordinance, will be initiated by the Cape of Good Hope SPCA, for a permit to have SK11 translocated to a rehabilitation centre in the Limpopo province.”

Many residents accuse the city of a heavy-handed baboon management policy. The council insists its policy of trying to keep baboons out of the suburbs is in the animals’ long-term best interests.

Cape braces for court fight over fate of Kataza the baboon

City vows to fight court bid over ‘dangerous’ troop change and ‘cruel’ ear tag, among other things
News
6 months ago

The judiciary may have to decide the fate of Kataza the baboon, who has sharply split opinions in Cape Town.
News
7 months ago

The baboon population of the Cape peninsula has grown by 80% since reaching its nadir 14 years ago, the City of Cape Town said on Wednesday.
News
8 months ago
Next Article