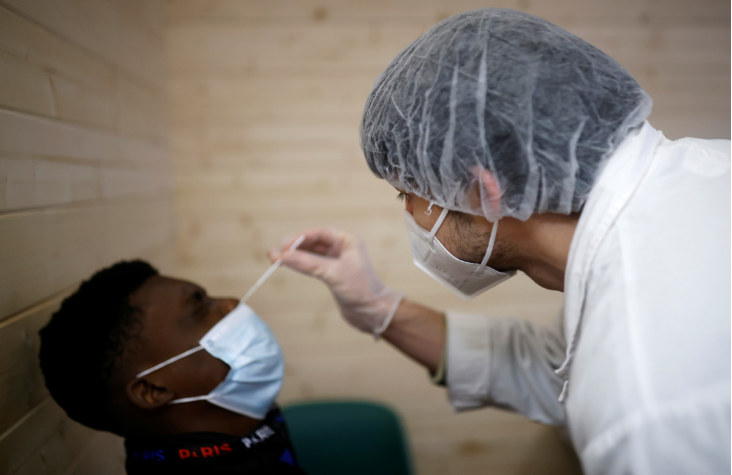 There is concern at the rapid increase in Covid-19 infections in Limpopo. File photo.
Image: REUTERS/Stephane Mahe

Limpopo's health department has expressed concern about the alarming number of people who are getting infected with Covid-19 in the province.

Health MEC Phophi Ramathuba said on Thursday that at one point in December, the province was recording just 20 new cases a day, but that had significantly increased to 1,575 new infections a day on Wednesday.

“This is the highest ever figure to be recorded in a reporting cycle in the province since the first case of Covid-19. This is a sharp increase from 900 over the previous cycle,” she said.

Ramathuba said the Capricorn district recorded the highest number of infections — with 623 reported on Wednesday alone.

“Though Waterberg district was leading in the province at some point, their numbers are no longer increasing at an alarming rate. The district has recorded 189 new cases,” Ramathuba said.

“This is also the case with Sekhukhune district which has recorded only 98 new cases. However, the department will be watching the two districts closely, which are mining hubs, as the mines will be resuming with activities.”

'Will this ever end?': Mzansi reacts to SA's deadliest Covid-19 day yet

Of the deaths, 452 were in the Eastern Cape alone, as a result of "data reconciliation".
News
1 year ago

Ramathuba said the alarming numbers suggested that people were no longer following  safety guidelines to avoid contracting the virus.

She said the province was now bearing the brunt after people let their guards down during the festive season.

“We are now paying the price of social gatherings, Christmas parties and luncheons, weddings and birthday parties which we have seen during December. We have advised that any kind of gathering during the [festive season] was a bad idea, also considering that we have people who came from other provinces coming home to attend those gatherings,” she said.

Limpopo's health system, however, was not yet in the danger zone when it came to admitting Covid-19 patients.

“Though we are seeing a huge number of people coming to our hospitals due to Covid-19, our hospitals still have enough beds for patients who need admission due to the virus,” Ramathuba said.

Private health care group Netcare said on Wednesday there was “unprecedented demand” for hospitalisation at its facility in Polokwane, Netcare Pholoso Hospital.

The price of defying Covid-19 regulations

Disclosed someone’s Covid-19 status without their permission? You could be fined R3,000.
News
1 year ago

ANC to smash myths about 5G and other Covid-19 conspiracies

The ANC will abandon its dismissive approach to conspiracies about Covid-19 and plans to create platforms to educate its members about the ...
Politics
1 year ago

Health minister Dr Zweli Mkhize announced that 844 deaths were recorded in the past 24 hours, along with 21,832 cases.
News
1 year ago