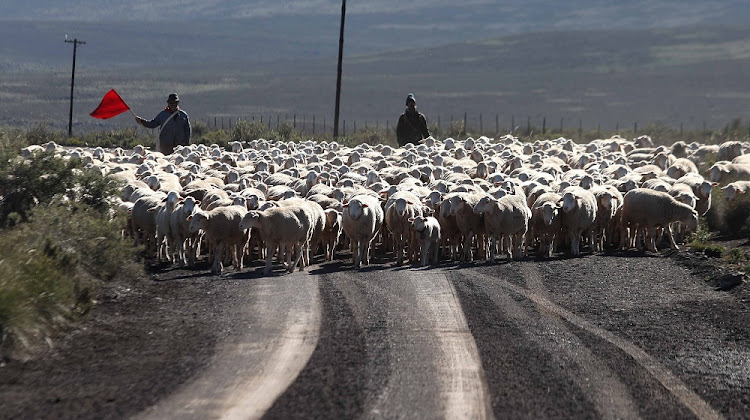 Farmers in the Karoo take their sheep in search of grazing. The Kannaland municipality is planning to outsource the provision of electricity and water services at a cost of R735m, the Western Cape government said on Monday. File photo.
Image: ESA ALEXANDER/SUNDAY TIMES

One of the country’s poorest municipalities is planning to outsource the provision of electricity and water services at a cost of R735m, the Western Cape government said on Monday.

However, the province is mounting a legal challenge to stop the Kannaland municipality in the central Karoo from “incurring massive liabilities that it simply cannot afford”, the provincial government said.

“There are ongoing efforts to push through a contract with a private entity for the provision of electricity and water services and infrastructure at a cost of hundreds of millions of rand that would bind the municipality for more than 25 years,” said Anton Bredell, Western Cape minister for local government, environmental affairs and development planning.

“This when the national and provincial treasuries have advised the municipality that they have not followed due process nor ensured the process followed was fair, transparent, competitive and cost-effective,” Bredell said.

“It appears the project will come at a cost of R735m, which is clearly not affordable when the municipality’s entire available operating budget for 2020/21 is R174m,” he said.

This smacks of jobs for pals and is simply unacceptable.

The provincial government has also raised concern about several new staff appointments, including a “political support” officer and other support staff, which Bredell described as “particularly reprehensible for a small municipality in a financial crisis struggling to deliver services to the community and dealing with the economic effects of the Covid-19 pandemic”.

“The latest conduct of the municipality is not only unlawful, it also undermines the hard-won gains made by the provincial government in respect of improving the municipality’s financial stability and sustainability since 2017,” he said.

“The financial recovery plan put in place for the municipality introduced a cost-effective and cost-saving staffing structure which is being ignored. This smacks of jobs for pals and is simply unacceptable.”

The municipality has endured political turmoil for several years with voter support split between the DA, the ANC and the Independent Civic Organisation of SA. The current mayor is Magdalene Barry from the ANC.

President Cyril Ramaphosa did not take kindly to criticism from the ANC integrity commission about his failure to cooperate with the veterans, ...
Politics
1 year ago