Motorist crashes into woman after being shot while driving 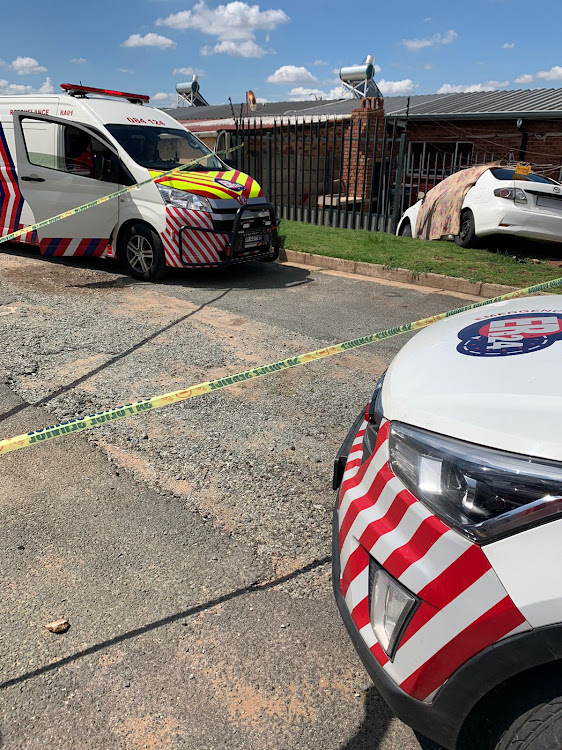 One person was killed and another left in a critical condition following an accident in Claremont, west of Johannesburg.
Image: Supplied

A man in his 50s was killed and a 19-year-old woman left critically injured in what paramedics described as a “freak incident” on Princess Road in Claremont, west of Johannesburg.

According to ER24 spokesperson Russel Meiring, paramedics arrived on the scene on Tuesday to find that a light motor vehicle had crashed through a fence and collided with a woman.

“Medics found a man lying in the driver's seat of the vehicle with a gunshot wound, while a 19-year-old woman was found lying in the garden,” Meiring explained.

He said paramedics assessed the patients and found that the driver had already succumbed to his gunshot wound.

The woman was assessed and found to have numerous injuries, leaving her in critical condition. She was treated and provided with advanced life support interventions before she was transported to Helen Joseph Hospital for further care.

A Johannesburg man was stabbed 16 times in hospital in an apparent road rage incident on December 20. He died six days later.
News
1 year ago

The death toll in a truck accident that occurred near Worcester in the Western Cape has increased to three.
News
1 year ago

One woman was killed and at least 20 others injured when a truck transporting female farmworkers crashed on the N1 in the Western Cape on Monday.
News
1 year ago