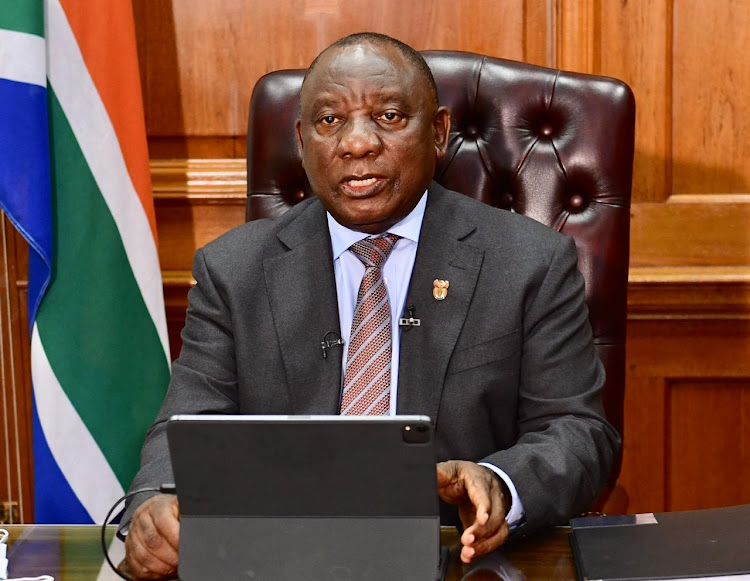 The ban on the sale of alcohol and concern about attending funerals continue to be the main talking points on social media after President Cyril Ramaphosa's address on Monday night.

In a much-anticipated address, Ramaphosa announced that SA would remain on level 3 lockdown. He also announced some changes to restrictions including the curfew, which will now be between 9pm and 5am.

“We’re staying on level 3 but funerals are becoming death traps. If you can — don’t go to funerals,” one Twitter user shared on the platform.

The president warned that attending funerals contributed to spreading the virus.

He said: “Providing a fitting send-off for a departed loved one is deeply ingrained in all of us. There are certain rituals that we perform in line with our respective cultures and traditions; not just at the funeral itself but in the days leading up to the burial. But these are all things we simply cannot do at this time.”

Others were concerned about alcohol, which remains banned to prevent overburdening the health system with trauma cases.

KwaZulu-Natal, the Western Cape, Gauteng, Limpopo and Mpumalanga reported the highest average rate of infections in the past week, said Ramaphosa.

The president said over 15,000 patients are hospitalised, a third of which are receiving oxygen support.

Here's a glimpse of what social media users had to say about the address:

We’re staying on Level 3 but funerals are becoming death traps.

If you can - don’t go to funerals.

So kahle kahle you just reminding us gore we still on level 3. Eyani kanti le meeting we know all these things mos ushilo before #FamilyMeeting pic.twitter.com/A8N6YVjwDh

“Funerals are now a death trap...” I hope our elders heard this loud and clear...😔 #FamilyMeeting

#FamilyMeeting level 3 same curfew , no sale of alcohol , 50 people at funerals , no events but its the same thing moes or am i watching a repeat pic.twitter.com/0opxrLUQdm

I’m no delinquent, says Cyril as commission questions his no-show

Ramaphosa has called for people to respect the IC, but, when called upon, failed to appear before it himself
Politics
3 months ago

President again calls out non-compliance at funerals, as he announced slightly changed lockdown level 3 restrictions.
Politics
3 months ago
Next Article