Crime-fighting operations continue and police 'not always on beaches' 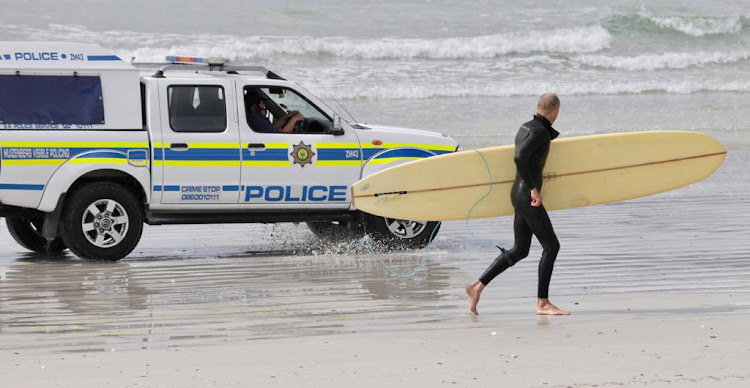 Thepolice have not been patrolling beaches all the time, looking for lockdown regulation transgressors - but crime-fighting initiatives conducted by 190,000 police men and women remained in place.

Beaches have been closed since December as part of new lockdown rules.

“Police are not patrolling beaches up and down. They are dispatched to beaches when they have seen some violation or an infringement. That is when a police car or a quad bike will be dispatched to make an arrest.”

She said there were 190,000 men and women who are still making arrests for various crime incidents.

'His priorities are mixed up': John Steenhuisen slams Bheki Cele for deploying SANDF to beaches

DA leader says the SANDF could be used to tackle far more serious issues like crime, rather than "chasing down surfers on the beach and the ...
Politics
6 months ago

“It does not mean criminals are taking a holiday. Crime-fighting initiatives still continue,” Themba said.

She said when the police were arresting violators, they were usually on their routine crime patrols.

“It can never be true that police efforts to combat crime have not been taking place.”

She said more than 342,000 people have been arrested for violations of lockdown regulations since the start of the lockdown in March last year,  most of them  receiving fines while others have been released on warning.

According to Themba, 20,000 people have been arrested since December last year. She said the highest number of arrests were in the Western Cape, followed by Gauteng, the Free State and KwaZulu-Natal.

In the past two weeks, 7,000 people were arrested for not wearing masks despite being ordered by police officials to do so.

A police officer has been bust moving liquor in a cop van, in direct defiance of lockdown laws.
News
6 months ago

Police minister Bheki Cele has confirmed that soldiers will be deployed to help enforce lockdown rules on the Garden Route from Wednesday due to ...
News
6 months ago