Graves cave in at Joburg cemetery after heavy flooding 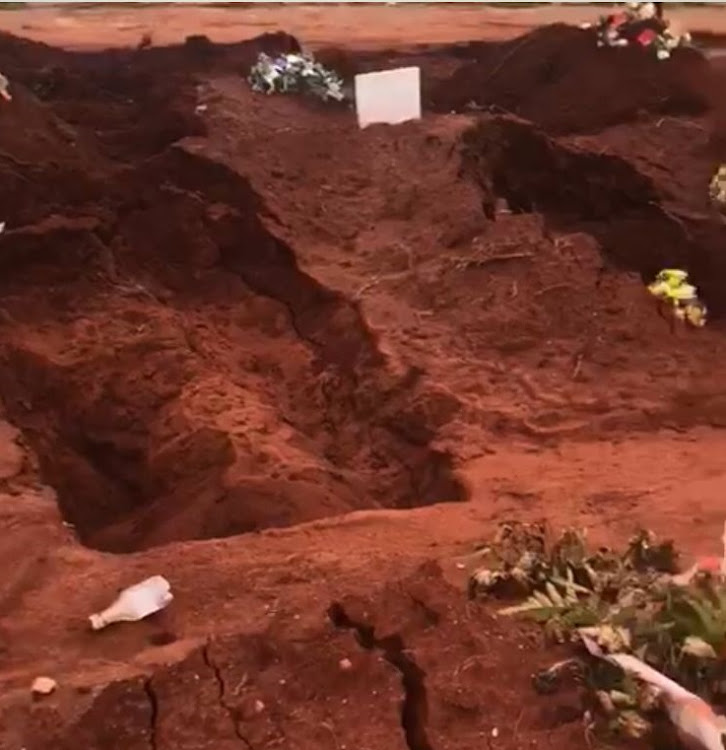 Several graves at the Olifantsvlei cemetery, south of Johannesburg, have caved in after heavy flooding, City Parks said.

“When burying someone, the soil settles down after time but because of the rain and flooding, the soil has caved in,” said City Parks MD Bryne Maduka.

It was unclear how many graves at the cemetery were affected.

“Graves from late October until the most recent ones were affected. This is not a new thing. It happens all the time at that cemetery,” Maduka said.

MMC for community development Margaret Arnolds said staff and contractors were on standby to assist with refilling the identified grave sites.

“City Parks and Zoo understands graves are sacred to families who have laid their loved ones to rest. Our teams are on standby to restore the sunken soil where family members have identified such at the cemetery,” Arnolds said.

Families who recently buried their loved ones at the Olifantsvlei Cemetery, south of JHB note that some of the graves have sunken. Pls go visit the graves & see whether or not there’s damage Creds: Family on the video🙏🏾👊🏾 #Olifantsvleicemetery #Johannesburg #cemetery #Covid19SA pic.twitter.com/1snwpfzvGQ

The most popular municipal Muslim cemetery in Cape Town has run out of space due to Covid-19.
News
8 months ago

Close to 50 burials took place within the last week of December at two cemeteries in the city of uMhlathuze.
News
8 months ago

A video of grave diggers preparing seven burial sites at a Durban Muslim cemetery for people who lost their lives as a result of Covid-19 is a grim ...
News
8 months ago