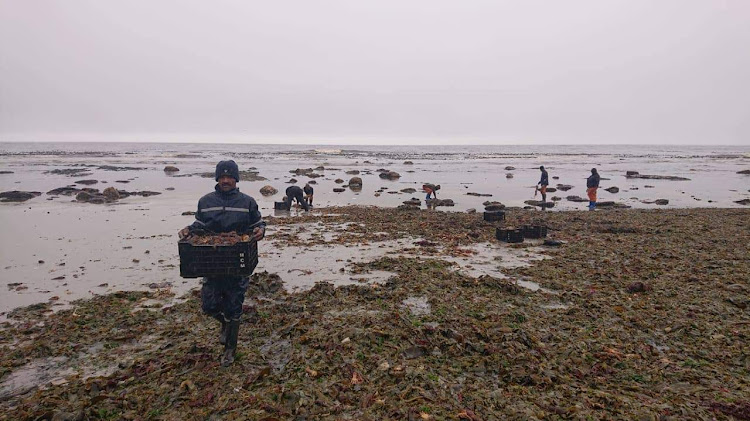 The Cederberg Municipality has warned local residents not to collect any west coast rock lobster that has walked out on the beaches around Elandsbaai on the West Coast.

The kreef ‘walkout’, a natural phenomenon caused by ‘red tide’, attracted much attention, including from some visitors who gathered up some kreef for personal consumption. However government officials were deployed to warn visitors to keep hands off.

The municipality said “tons” of kreef had walked out since Friday night.

“This is because of the red tide and the shortage of oxygen under the water,” the municipality said in a Facebook post. “People of the community came aggressively to collect the crayfish but the police acted quickly to stop them.”

Some Facebook commentators criticised the police intervention and said the kreef should be made available for local consumption. However other respondents pointed out that red tide, which is caused by algal blooms, can produce toxins absorbed by sea life and then be passed on to humans.

More than 5,000 lobster found hidden in body bag in back of hearse

Police have confiscated a large stash of west coast rock lobster, known as "kreef", concealed in a body bag in the back of a hearse.
News
6 months ago

More than 50 countries promised on Monday to protect at least 30% of the planet’s land mass and oceans by 2030 to halt its steep and rapid loss in ...
News
4 months ago

Nearly 1,700 abandoned Cape cormorant chicks were rescued from Robben Island during a two-day joint operation between various marine and wildlife ...
News
4 months ago
Next Article