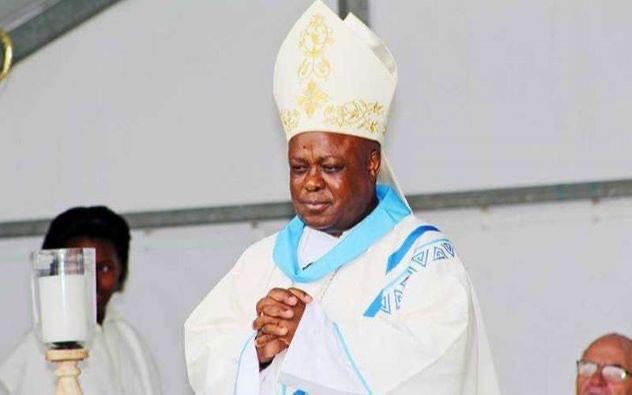 The Catholic Church's coadjutor archbishop Abel Gabuza has died of Covid-19.
Image: The Inter-Regional Meeting of the Bishops of Southern Africa/via Facebook

Covid-19 has claimed the life of the Catholic Church's archbishop coadjutor of the archdiocese of Durban, Abel Gabuza.

Cardinal Wilfrid Napier, the Catholic Archbishop of Durban, made the announcement on Sunday.

Gabuza died at Hillcrest Hospital on Sunday morning after a week in ICU battling Covid-19.

“The archbishop had not been with us in Durban long — just short of two years — but in that time we came to recognise him as a gentle, caring and warm-hearted pastor.

“Through his gentleness, caring and warmth he made an immediate impact on everyone who was privileged to make his acquaintance. That’s an added reason why his passing is such a tremendous loss to us and to the entire church in Southern Africa,” Napier said in a statement.

He thanked the doctor who treated him and the staff at the hospital for all that they did to care for Gabuza.

Napier extended the Catholic Church's heartfelt condolences to Gabuza's sister, Hildegarde, to his cousin and best friend, Khomotso, and extended family as well as the archbishop and people of Pretoria, his home city and home diocese.

“The Pope’s ambassador to Southern Africa, Archbishop Peter Wells, has been informed. He in turn will inform the Holy See and ultimately Pope Francis,” said Napier.

According to ZuluMissions.co.za, Gabuza was one of six children, born on March 23, 1956.

He attended a Catholic school.

“Young Abel grew up in bad times in SA in his township of Alexandra. At age seven he saw his first dead body in the street. After his father died, his mother sent him away to boarding school to protect him.

“For as long as he can remember, Bishop Abel always felt drawn to becoming a priest. Immediately after finishing high school he entered the seminary for a year. Then he took a break and became a factory worker — an experience that helped him understand the hardships of workers, and importance of work,” the website states.

The call of the priesthood returned him to the seminary and he was ordained in 1984.

Cardinal appeals 'for some kind of assistance' for struggling pastors

The KwaZulu-Natal Christian Council has called "for some kind of assistance" from the government to help struggling clergy feed their starving ...
News
1 year ago

Cardinal Wilfrid Napier‚ former leader of the Catholic Church in South Africa‚ is stirring up debate – in thought-provoking bursts of 140 characters ...
Lifestyle
5 years ago