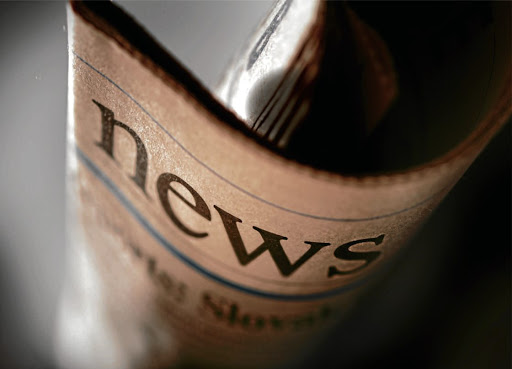 The inquiry was commissioned after the events and controversy surrounding the publication and subsequent retraction of a series of stories by the 'Sunday Times' between 2011 and 2016, and the questions raised thereby about reporting, newsroom processes and the stances adopted by a single media house.
Image: 123RF/DANIL CHEPKO

The Sunday Times must apologise to those incorrectly implicated in three prominent stories, reveal its sources and fund an ethics course at a university, a report by a South African National Editors' Forum (Sanef) inquiry recommended on Monday.

Sanef held a special council meeting on January 16 at which the editors' body said, however, that the Sunday Times did not have to apologise again, after having done so in 2018.

At Monday's press conference, Sanef chairperson Sbu Ngalwa said the funding of a chair of ethics at an SA university is something to which all media houses, not just the owners of the Sunday Times, must contribute.

The non-profit organisation, whose members are editors, senior journalists and journalism trainers from across the country, released its Inquiry into Media Ethics and Credibility report, compiled by a panel headed by retired judge Kathleen Satchwell and journalists Nikiwe Bikitsha and Rich Mkhondo.

The inquiry was commissioned after the events and controversy surrounding the publication and subsequent retraction of a series of stories by the Sunday Times between 2011 and 2016, and the questions raised thereby about reporting, newsroom processes and the stances adopted by a single media house.

The stories in question were related to the so-called “rogue unit”, the alleged Cato Manor “death squad”, and the Zimbabwe renditions.

“Given that events at the Sunday Times provided the impetus for this inquiry, that it is an extremely prominent media title, and that the bulk of submissions to, and evidence before, the panel raised serious questions about the title’s responses thereto and their impact on media credibility more broadly, the panel believes the Sunday Times should issue a full and unreserved apology to those persons incorrectly implicated in any wrongdoing.”

The 'Sunday Times' welcomes the conclusion of the Independent Panel’s inquiry and the publication of the report. We hope and believe that the report ...
News
1 year ago

It wants the newspaper to “acknowledge that they failed in the most basic tenets of journalistic practice, including failing to give any or adequate opportunity to the affected parties to respond to the stories to be published pre-publication and failing to seek credible and sourced validation of the allegations made against individuals”.

These failures “caused great emotional and financial harm to the individuals concerned, their families and their careers”, the panel said.

The panel said a full and complete retraction of incorrect or false or malicious allegations, or commentary, should be made.

It wants the Sunday Times to make a full disclosure of the nature and extent of the “parallel political project” which the Sunday Times avers took place and that led to the “abuse”, providing details of the persons involved and their actions, as well as the wrongdoings or failures of all journalists, editors, editorial and administrative staff involved.

The newspaper should also establish a chair in ethics in journalism at one of SA’s formerly black universities, making payment for the full foundation thereof to the relevant university.

“The chair should not be named after the Sunday Times or any holding company but after an investigative journalist of high moral and professional calibre whose media work has contributed to the development and/or maintenance of constitutional democracy in South Africa,” the panel said.

Sunday Times editor S'thembiso Msomi said: “As a newspaper, we voluntarily participated in the process out of recognition of its potential to lay the basis for necessary and ongoing introspection by both the Sunday Times and the SA media in general.

“We hope and believe that the report will go a long way in enhancing the practice of journalism and in encouraging adherence to media ethics by practitioners.”

Msomi said many of the weaknesses and lapses in the publication's systems pointed out in the panel’s report were already acknowledged and addressed during Bongani Siqoko’s tenure as editor.

The series of stories in question happened between 2011 and 2016, he noted, adding that measures had been implemented since then to ensure errors were minimised.

The publication acknowledged that the report “has some valuable suggestions for our newsroom going forward”.

“As a newspaper we remain committed to truthful, independent and accountable journalism and pledge to work closely with Sanef and other role players to help improve the craft.”

In its report, the panel said it also wanted the Sunday Times to submit the work and culture of its newsroom to scrutiny and assessment by an independent panel every five years from the date of the apology of October 2018.

“Such review should be made public to all other media bodies, with the findings thereof reported with suitable prominence in the Sunday Times,” the panel said.

The SA Revenue Service (Sars) has welcomed the Pretoria high court ruling setting aside the report issued by the public protector in July 2019 on her ...
News
1 year ago

The National Prosecuting Authority (NPA) is setting up an in-house ethics monitor in a bid to restore the lustre of an institution dulled by state ...
News
1 year ago